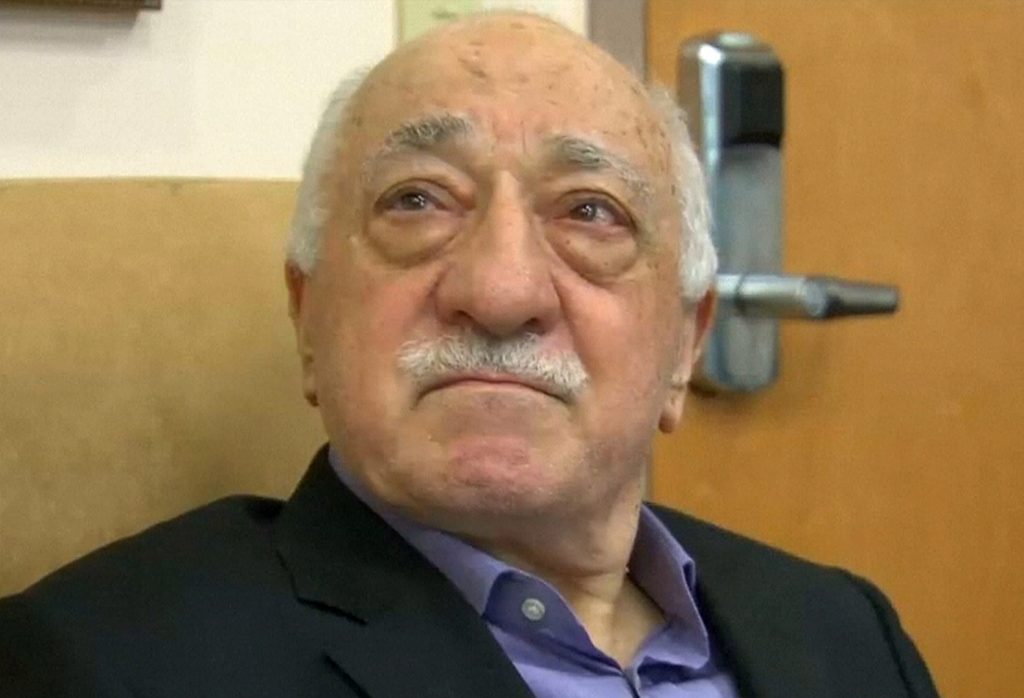 Fethullah Gulen, the reclusive Muslim cleric accused of inspiring Turkey’s failed coup attempt, lives in exile in a gated compound in the Pocono Mountains in northeastern Pennsylvania. The 74-year-old is said to be in fragile health. His popular movement embracing moderate Islam has bred a global network of organizations, publications, think tanks and schools, among them dozens of charter schools in the United States.

Before Turkish President Recep Tayyip Erdogan demanded that the United States extradite Gulen to Turkey because of his alleged role in the coup plot, the charismatic preacher and the conservative leader were staunch allies.

On Saturday, Gulen’s supporters denied any link to the violence. In a statement on its website, the Alliance for Shared Values — the U.S. arm of Gulen’s movement, which is known as Hizmet — called the Turkish government’s claims “highly irresponsible” and said that the group does not support the military’s attempt to take power.

“We remain concerned about the safety and security of Turkish citizens and those in Turkey right now,” the group said in a statement.

In a subsequent interview with reporters in his home, Gulen suggested that the Erdogan government might be behind the coup.

“I don’t believe that the world believes the accusations made by President Erdogan,” Gulen told the Guardian and other media outlets. “There is a possibility that it could be a staged coup, and it could be meant for further accusations [against the Gulenists].” He said he rejects all military interventions.

Secretary of State John F. Kerry told reporters that the United States would consider Gulen’s extradition to Turkey if there was evidence of wrongdoing by the cleric, who has maintained influence in Turkey through his followers in the judiciary and police. Turkish media reported Saturday that 2,745 judges had been removed because of suspicions that they have links to the Gulen movement.

Gulen has long advocated tolerance, peace and “acceptance of religious and cultural diversity,” his movement’s website says, drawing on the traditions of a mystical strain of Islam that is generally viewed as moderate.

In a 2015 op-ed in the Wall Street Journal, he denounced the Islamic State, calling for an end to violent extremism and advocating equal rights for men and women and education for Muslims.

“The international community would do well to realize that Muslims are the primary victims of terrorism — both literally and symbolically — and they can help marginalize terrorists and prevent recruitment,” he wrote.

But the Gulen movement’s expansion of power has led some skeptics to think that the cleric and his supporters are trying to use their influence to make Islam in Turkey more conservative instead of less.

Gulen had once been a friend of Erdogan’s and his Islamist-inspired government and helped the political leader consolidate power. But the men split bitterly several years ago, after Erdogan and his ruling party blamed the cleric for stirring up allegations of corruption among senior officials as well as Erdogan’s son.

Since then, Erdogan has accused Gulen of trying to seize power from his home more than 5,000 miles from the Turkish capital by using his movement to infiltrate the government and its security forces.

Gulen’s followers have opened private schools around the world, including more than 160 science-, math- and technology-focused public charter schools in the United States. These publicly funded institutions — unofficially known as the Gulen charter — are thought to be operated by people belonging to or associated with the Gulen movement, usually Turks.

Among the leading schools in the network are the high-achieving Harmony schools in Texas, which have won millions of dollars in grants from the U.S. government. (There is also a Harmony charter school in Washington.)

Some of those schools have faced controversy, including accusations that school leaders have awarded contracts to Turkish-run businesses over other businesses that submitted lower bids. The schools have also been criticized over hiring large numbers of teachers from Turkey on special visas that allow U.S. companies to employ foreign workers in specialized fields.

The origins of Thursday’s failed coup are uncertain. But on Saturday, some Turkish analysts — who declined to speak publicly because they are nervous about Gulen’s deep reach into the country — were skeptical that his followers could manage to pull it off.

What is clear is that for the past decade, even as their relationship with Erdogan frayed and their leader moved abroad, the Gulenists have remained an influential force within Turkey in various institutions of the state, including the police and judiciary. And Erdogan’s government has cracked down on the cleric’s movement, starting in 2013 after mass protests against the government rocked the country.

More recently, the government has shuttered media stations and taken over a prominent newspaper linked to the Gulenists.

“Whether or not the Gulenists were involved in the coup plot, it’s obvious there’s going to be a massive witch hunt in which the government will go after suspected Gulenists in the police, judiciary and officer corps,” said Soner Cagaptay of the Washington Institute for Near East Policy. “It’s going to be big.”

Ishaan Tharoor contributed to this report.