Politics ANALYSIS: What Does the VP Rollout Tell Us About Trump?
Politics 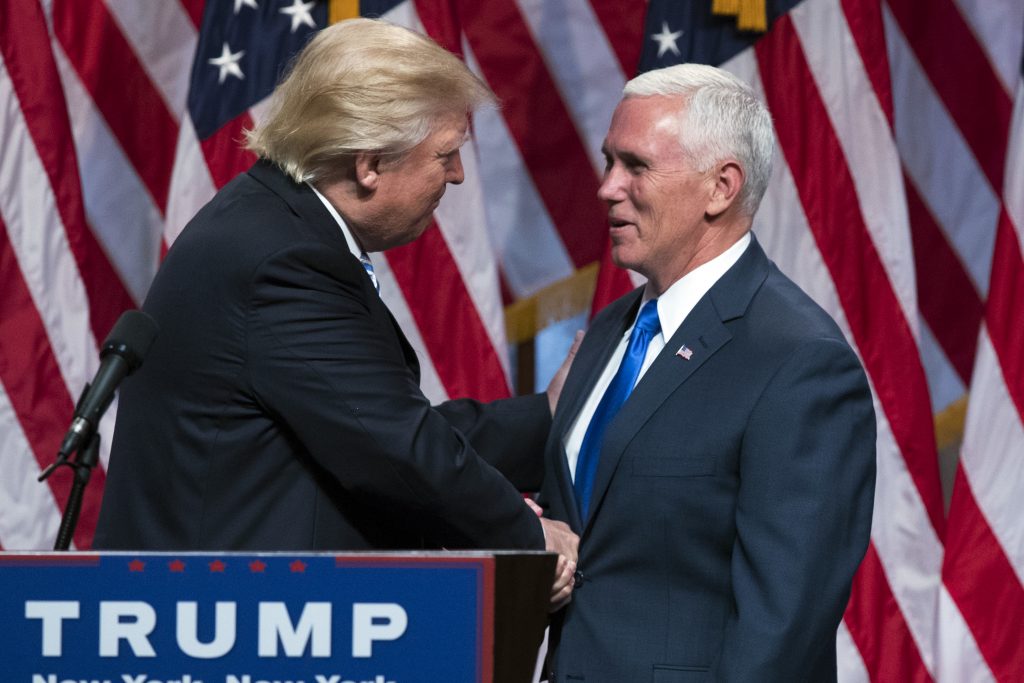 In business and politics, Donald Trump likes to go with his gut. His selection of Indiana Gov. Mike Pence as a running mate appears to be a lesson in what happens when he doesn’t.

Trump introduced Pence as his No. 2 on Saturday, passing over candidates with whom he has a more personal connection in favor of an experienced politician with solid conservative credentials. GOP leaders — many of whom were lukewarm at best about the outsider at the top of their ticket — were nearly unanimous in praise.

Yet getting to that moment of party unity was chaotic, with many of the twists and turns playing out in public — and not in a way the spotlight-seeking Trump prefers.

On its own, the muddled lead-up to Saturday’s announcement is unlikely to impact Trump’s standing in his general election fight with Democrat Hillary Clinton. But it provides some of the clearest indications yet of how he might handle high-pressure decisions as president, where few choices are easy and his personal preferences are just one of many factors to consider.

“It does cause one to question how and what kind of process he would use if he were actually president and had to make some of the decisions,” said Lanhee Chen, the policy director to Republican Mitt Romney’s 2012 presidential campaign. Still, he said it was instructive that Trump “can be influenced against what his instincts tell him.”

By midday last Wednesday, Trump and his aides were signaling that he had decided to go with Pence. The campaign was making plans for a splashy Friday announcement aimed at dominating the weekend news cycle heading into the Republican convention.

Then came a hectic Thursday.

Trump was in California for fundraisers, thousands of miles from his closest advisers, including his oldest children. A voracious consumer of news, Trump fumed as he watched television reports declaring he had settled on Pence before he’d made a call to the governor. Two Republicans with knowledge of the process said he felt boxed in by advisers and other Republicans who preferred Pence over the two other finalists, New Jersey Gov. Chris Christie and former House Speaker Newt Gingrich.

A call from Trump Thursday afternoon prompted Pence to get on a plane to New York for an announcement the next day. But shortly after the governor touched down on the East Coast, Trump declared in a television interview that he had not made a “final, final” decision. He further clouded the process when he abruptly postponed his announcement event, citing the truck attack in Nice, France, that left more than 80 people dead.

Around midnight, Trump and his top advisers convened a conference call to discuss the frenzied day. That fueled speculation that Trump might be changing his mind.

Only Trump knows exactly his level of certainty as he zeroed in on one of the most important decisions of his campaign. Top advisers vigorously deny he considered making a late change, with campaign chairman Paul Manafort saying he “never waffled once he made his decision.” Notably, Manafort did not say when that decision was made.

It was enough of a muddle for Hillary Clinton’s campaign to leap into action and draw attention to what they cast as Trump’s apparent wavering. Her campaign released a web video Saturday contrasting clips of the Republican touting his decisiveness with the timeline of the past few days. As the video ends, the words on the screen read, “Donald Trump. Always Divisive. Not so Decisive.”

Indeed, Trump’s own actions — saying he’d not made a final decision even after Pence was summoned to New York, then delaying the announcement — left the distinct impression of doubt.

So, too, did the actual announcement event on Saturday, at which Trump meandered for nearly a half hour on a variety of topics — including an update on the construction of his new hotel in Washington — before finally calling Pence to the stage, only to then immediately walk away. There were no “Trump-Pence” signs in the room, which appeared dark and somewhat subdued on television.

“With picking a VP, it just looks bad in the press,” Pete Wehner, a former adviser to President George W. Bush and a sharp critic of Trump, said of the whole process. “That’s a lot different when you have the powers of the presidency.”

Indeed, Trump needs to look no further than the man he’s hoping to succeed for a warning about how even a single instance of indecision can linger.

In 2013, President Barack Obama was on the brink of launching air strikes against Syria for using chemical weapons against civilians, something he’d said crossed a “red line.” Then, Obama pulled back, saying he first wanted to get approval from Congress. A vote was never held and the strikes were never launched.

Obama has spent the past three years defending that decision. It put Middle East allies on edge over his commitment to the region’s security, and even some of his advisers have said it was a mistake to back down.

A long and bruising campaign with Clinton stands between Trump and the possibility of that kind of high-stakes situation. Time for voters to weigh both his instincts and actions.