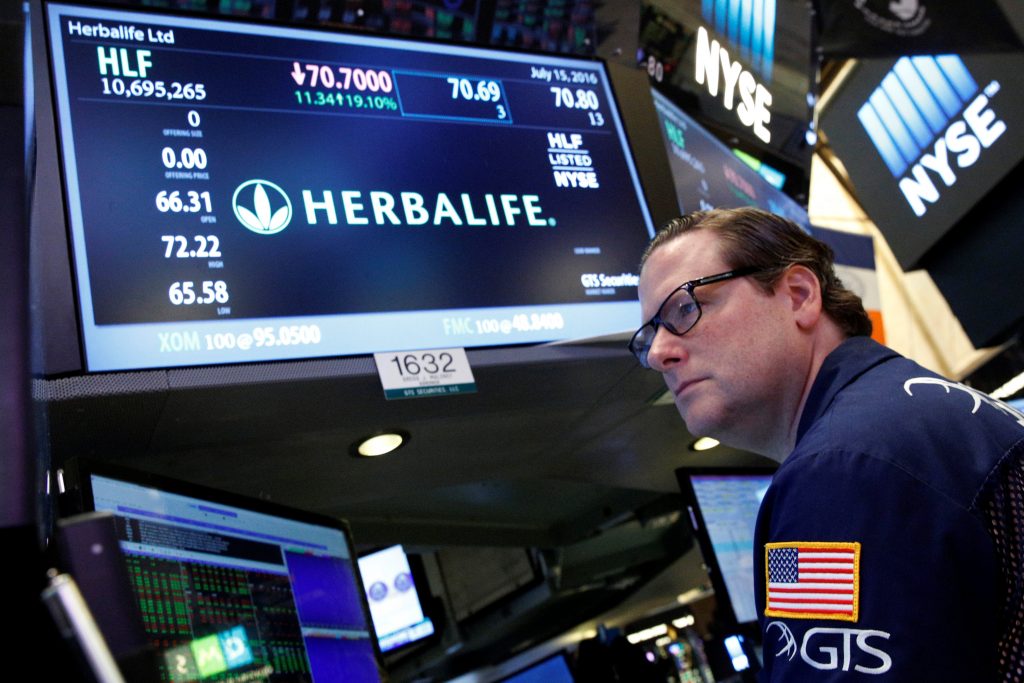 Stocks are falling in afternoon trading Friday, after a five-day winning streak that sent major indexes to record highs. Bond yields are climbing. Technology and consumer discretionary stocks are dropping the most.

THE QUOTE: After the recent gains, “you have to be concerned. Are we going to see more slowing of the global economy?” said Bill Stone, chief investment officer at PNC Asset Management. “What is going to be the real impact of Brexit?”

SUPPLEMENT SURGE: Herbalife shares soared more than 10 percent after it agreed to pay a $200 million settlement over allegations that it deceived consumers, but avoided a more serious charge that it was operating as a pyramid scheme. The deal puts an end to a Federal Trade Commission investigation of the nutritional supplements company that had stretched over two years.

ATTACK IN FRANCE: Trading was subdued in Europe after a man drove a truck into crowds celebrating Bastille Day along the beachfront of Nice, killing at least 84 people.

CHINA GROWTH: The Chinese government says its economy expanded at a steady 6.7 percent in the April-June period, as spending on construction by state-owned companies helped compensate for weak private-sector demand.