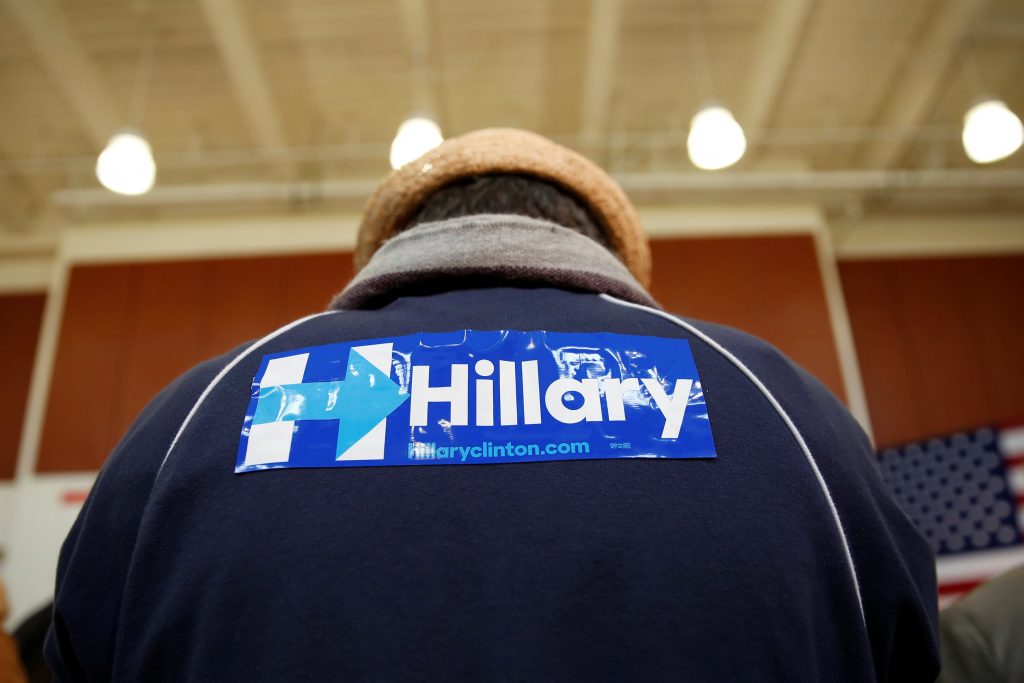 Hillary Clinton enters the summer damaged by perceptions that she violated the law by using a private e-mail system while serving as secretary of state, a new Associated Press-GfK poll finds.

More than half of Americans think the presumptive Democratic presidential nominee broke the law by using a private e-mail account and server at the State Department and nearly 4 in 10 think she did so intentionally, according to the poll.

Clinton has battled the notion during her campaign that she is dishonest and purposely set up the private e-mail server because she wanted to hide her public and private exchanges from public scrutiny and skirt disclosure laws. Her Republican opponent, Donald Trump, calls her “crooked” at virtually every campaign appearance.

FBI Director James Comey said last week that Clinton’s actions did not warrant prosecution and the Justice Department declined to seek criminal charges. But Comey said the former first lady and New York senator and her staff were “extremely careless” in their handling of classified material.

Large and growing numbers of voters view Clinton as dishonest, the poll indicates, but she is helped by Trump’s poor ratings on an array of personal attributes. The poll showed that two-thirds or more of Americans do not consider the GOP businessman to be even somewhat civil, honest, likable or qualified for office.

Trump is poised to receive the Republican nomination next week at the party’s convention in Cleveland. Clinton will rally her supporters later this month in Philadelphia. Her ability to navigate the fallout from the e-mail investigation will be a major plot line during the campaign.

Half of Americans — 50 percent — now consider Clinton’s e-mails to be a major problem, up from one-third who said that in October 2015. Another 31 percent consider it to be a minor problem and only 17 percent think it’s not a problem.

Clinton has sought to turn the issue of trust into a test of who will best address the economic and foreign policy issues that Americans care most about. But the poll showed a stark dividing line between Democrats and Republicans. Seventy-one percent of Republicans think Clinton intentionally broke the law, while another 18 percent think she unintentionally broke the law. Among Democrats, 61 percent think Clinton showed poor judgment but did not break the law, while 11 percent think she did nothing wrong at all.

Republicans are also more likely than Democrats to say Clinton’s e-mail use is a major problem, 85 percent to 22 percent. But 49 percent of Democrats say it’s a minor problem, while just 29 percent don’t think it’s a problem at all.

The poll suggests that perceptions that Clinton is dishonest, already a major issue for her campaign, are growing. Fifty-five percent of Americans say the word “honest” doesn’t describe Clinton well at all, up slightly from 50 percent in April and 44 percent in October 2015.

Another 18 percent say she is only slightly honest.

Thompson, of Connecticut, said he supported neurosurgeon Ben Carson’s campaign in the Republican primaries but recently placed a Trump bumper sticker on his car.

“I have come around on Trump just because I think he’s being more truthful than Hillary,” he said. “The truthfulness is everything. We can’t have somebody in office who is going to lie to us.”

Americans are slightly more likely to say Trump is at least somewhat more honest than Clinton, 30 percent to 24 percent.

While the e-mail investigation has drawn more attention in recent weeks, it remains to be seen if it will remain prominent on the minds of voters in the coming months. Just 32 percent of Americans say they’re following the e-mail issue very or extremely closely, but that’s up from 21 percent in October of 2015.