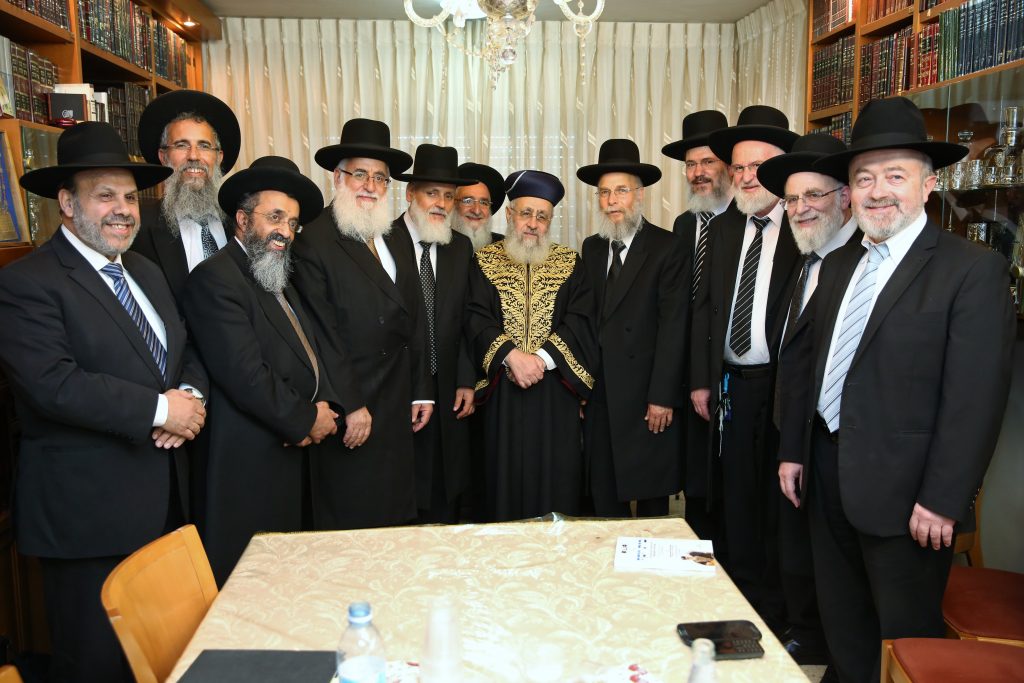 After years of failed deal-making, the committee for the appointment of Dayanim appointed Tuesday nine Dayanim to the Chief Rabbinate’s Beis Din Hagadol.

On Wednesday the newly appointed Dayanim gathered in the home of Harav Yitzchak Yosef, who blessed them on their appointment, and discussed the serious responsibilities a Dayan needs to undertake when issuing a psak. Harav Yosef said that the Dayan should imagine that it is their family member who is asking for the ruling – but of course, all within the halachic boundaries.