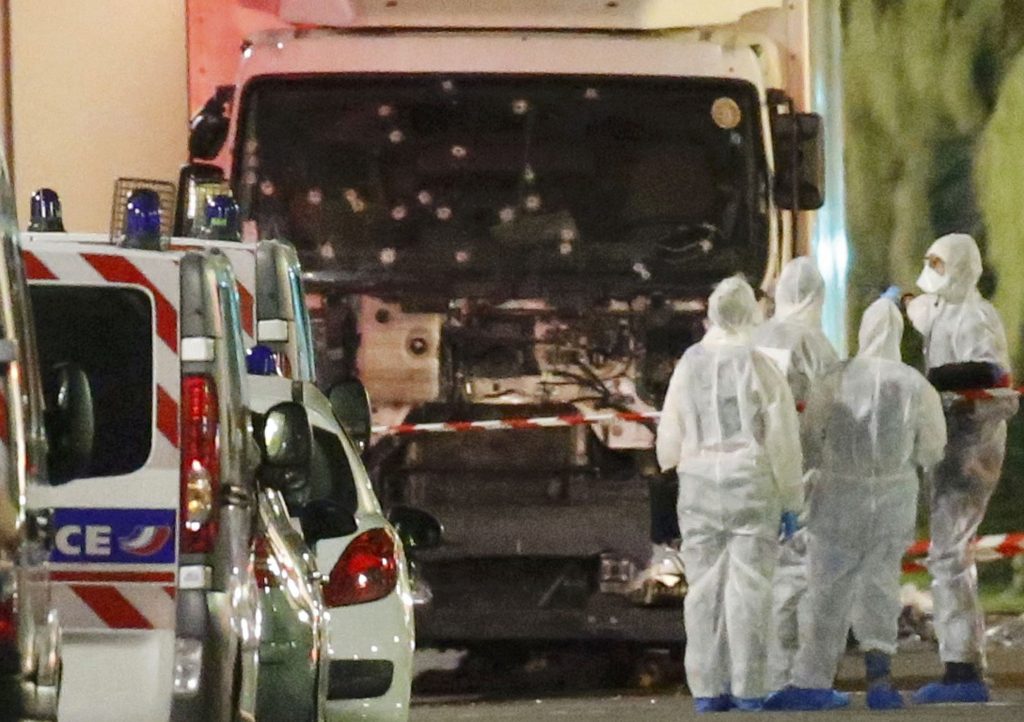 Rabbi Pinson explained that there are some 25,000 Jews in Nice, but that during July and August, that number is greatly increased by vacationers from other places in France and elsewhere. He said that on Thursday evening, he was at home, a few minutes away from the Promenade des Anglais where the tragedy occurred. Chabad of Nice is currently running a summer camp for children and some of the counsellors had gone to watch the fireworks. As reported elsewhere, the counsellors were standing very close to the truck a few minutes before the driver began his deadly journey. B’chasdei Hashem, one of the counsellors suggested that they cross to the other side of the street. As they walked over, the truck drove past them and everyone who was standing where they had been was killed.

The counsellors fled and took shelter in a restaurant, from where they were able to call Rabbi Pinson. He went together with his son in law, as soon as it was safe, to collect them and bring them back to the Chabad House. Rabbi Pinson told Hamodia that the young people were terribly shocked and virtually unable to speak. After some time, they began talking again and will be receiving professional trauma counseling. The camp was closed today, but Rabbi Pinson hopes that it will running as normal from Monday.

Rabbi Pinson said that as far as he knows there were no Jewish fatalities, but that several Jewish people were wounded. The kehillah is asked to daven for: Axel ben Yael, Moshe ben Yaakov, Clara bat Nouna, Yonatan ben Zuzy, John Dray, Dominique Azan.

At the time Rabbi Pinson spoke to Hamodia, there were two members of the kehillah who were unaccounted for. Later, they were found in the hospital, in critical condition. The two, Clara Bensimon and Raymonde Mamane, are sisters.

Rabbi Pinson and the other local Rabbanim spent the night in the center which had been set up for victims, offering support to Jewish and non-Jewish families alike, who were struggling to deal with what they had seen and experienced. During the night he met with the Mayor of Nice, who was also in the center.

Today in Nice, the kosher stores are open and people are out buying food for Shabbos. Rabbi Pinson told Hamodia that he is expecting the shuls to be open as usual and hopes very much that people will come and join together. His message for the kehillah is, “Be strong and don’t give in.”