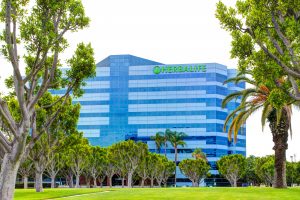 Federal regulators have closed an investigation of the multinational, nutritional supplements company Herbalife.

Though it was ordered to restructure its U.S. operations and pay a $200 million settlement Friday, it avoided being classified by the U.S. as a pyramid scheme.

The company, which is headquartered in Los Angeles, settled allegations that it deceived consumers into believing they could earn substantial money selling its products.

Under the settlement announced Friday, Herbalife must rework the way in which it compensates salespeople. They must be compensated for selling Herbalife products, and the company must scrap incentives that reward them for recruiting other salespeople.

A business model that rewards participants for bringing in others to take part in an enterprise is essentially the base model of a pyramid scheme.

“The settlements are an acknowledgment that our business model is sound and underscore our confidence in our ability to move forward successfully; otherwise, we would not have agreed to the terms,” said Herbalife Chairman and CEO Michael Johnson.

News that the U.S. Federal Trade Commission was closing its two-year investigation without labeling Herbalife a pyramid scheme sent shares soaring by 16 percent at the open of trade Friday – shares that were hammered when a prominent hedge-fund manager unleased a blistering attack on the company in 2014.

Herbalife has, over the past two years, become a proxy battlefield for major Wall Street players who took opposing sides, with some shorting the company’s stock believing it would collapse, while others took huge stakes.

One of the most vocal supporters has been activist investor and billionaire Carl Icahn, who built up an 18 percent stake in the company after it came under assault from hedge-fund manager Bill Ackman.

“The FTC settlement announced today, coming after a two-year investigation also concluded that Herbalife is not a pyramid scheme – a conclusion that obviously vindicates our research and conviction,” Icahn said in a printed release. “While Bill Ackman and I are on friendly terms, we have agreed to disagree (vehemently) on this subject.”

Yet the two sparred viciously when they both called into the business channel CNBC, with Ackman calling Icahn a bully. Icahn said Ackman reminded him of a little boy crying on a playground.

A number of Wall Street whales, from George Soros to Michael L Gordon, at some point took sizeable positions in Herbalife against Ackman, who runs Pershing Square Capital Management.

In late 2012, Ackman excoriated Herbalife with a 342-slide, three-hour PowerPoint presentation, saying the company was a scam and a pyramid scheme.

Herbalife shares tumbled 12 percent before the presentation when word leaked that he was shorting the shares, which would lead to huge profits if they fell.

After the presentation, shares plunged another 10 percent.

For some time, however, that day in late 2012 appears to have been something of an apex for Ackman and his bet against the Herbalife.

As other major investors took opposing positions, Herbalife not only recovered, but its shares by last year were reaching all-time highs, a catastrophe for Ackman who, even this week, was publicly forecasting the company’s complete collapse.

Ackman said early on that he would not profit from his short bet but would donate any proceeds to charity.