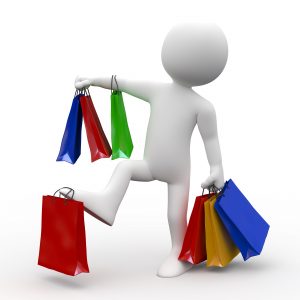 U.S. consumer prices rose modestly in June as the costs of gasoline and rent kept climbing, while sales at American retailers registered a healthy gain.

The Labor Department said Friday that consumer prices increased 0.2 percent last month, matching the gain in May. Prices are up 1 percent from a year ago, well below the Federal Reserve’s 2 percent inflation target.

Excluding the volatile food and energy categories, prices were up 0.2 percent from May and 2.3 percent from June 2015.

The Fed, which meets July 26-27, wants to see evidence that inflation is ticking up before raising short-term U.S. interest rates again. In December, it raised rates for the first time since 2006. But it has hesitated to follow up with more increases. The American job market looked weak in May before rebounding in June. And Britain’s June 23 decision to leave the European Union has rattled financial markets and raised uncertainty about the global economy.

New car and truck prices fell for the third straight month and are down 3.1 percent over the past year. Clothing prices fell 0.4 percent in June.

Separately Friday, the Commerce Department reported that U.S. retail sales posted a robust increase in June, another sign that consumer spending picked up in the spring.

Sales at retailers and restaurants rose 0.6 percent, after a 0.2 percent climb in May. Sales were up 2.7 percent from a year earlier. Excluding volatile spending on cars and auto parts, sales were up 0.7 percent.

Spending on building materials and gardening supplies surged 3.9 percent, the most since April 2010.

Consumers got off to a slow start this year, which is one reason the economy grew at a lackluster 1.1 percent annual pace from January through March. Economists expect that spending by consumers, which accounts for more than two-thirds of the U.S. economy, drove faster growth from April through June and will fuel momentum for the rest of the year.

Consumer confidence is likely to get a boost from a surge in hiring last month: American employers added a robust 287,000 jobs in June after generating just 11,000 in May.

“The Fed will welcome the continued strength in consumer spending and the latest positive jobs report, but it’s clearly in zero rush to tighten policy,” Sal Guatieri, director of economic research at BMO Capital Markets, wrote in a research note.