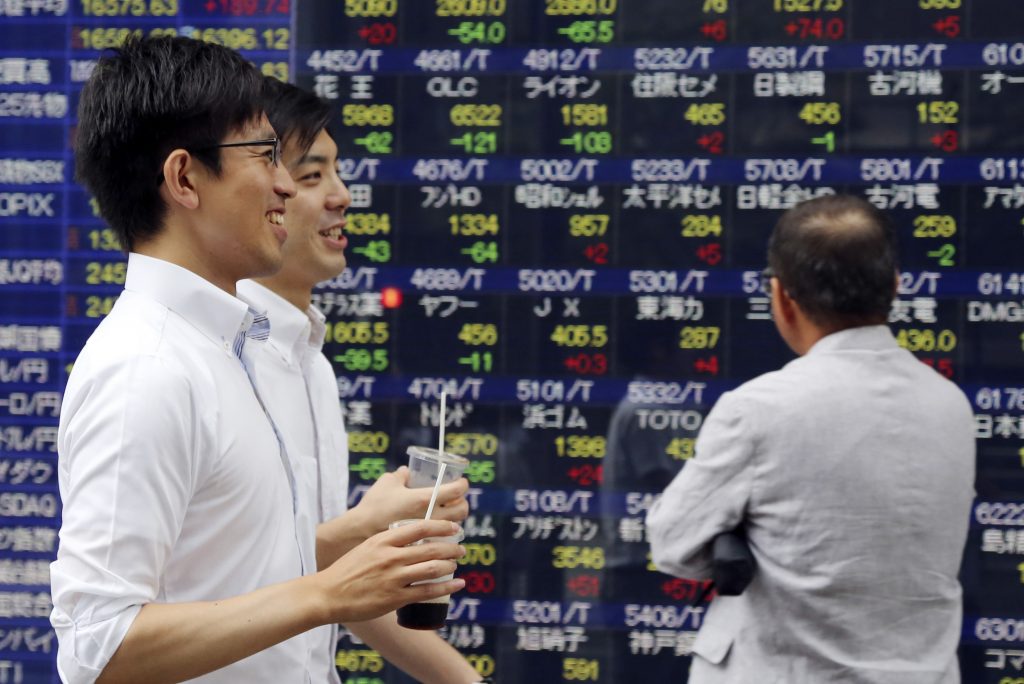 “While China is almost certainly expanding at a slower rate than its GDP data suggest, rapid state sector investment does appear to have kept growth broadly stable last quarter,” Mark Williams and Daniel Martin of Capital Economics said in a commentary. “In other words, while policy easing over the past year has so far failed to a drive a rebound, today’s figures suggest that it has at least put a floor underneath growth.”

JPMorgan Chase released results Thursday that were better than analysts expected, spurring gains in most industries. “Optimism is starting to creep into the market,” said Brad Sorensen, director of the Schwab Center for Financial Research. The Dow Jones industrial average rose 0.7 percent to 18,506.41, the S&P 500 gained 0.5 percent to 2,163.75 and the Nasdaq composite advanced 0.6 percent to 5,034.06. The Dow and S&P 500 remain at record highs, though the Nasdaq is barely positive for the year.