World UK’s Hammond: We Will Do Whatever Necessary for Economy After Brexit
World 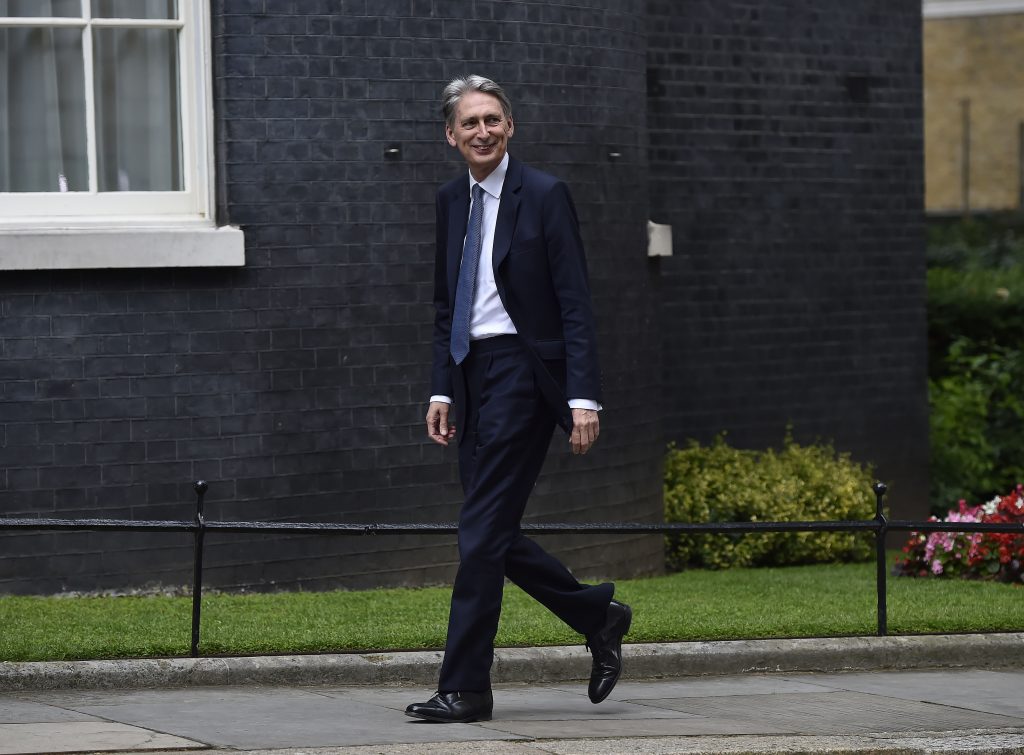 Britain’s new finance minister, Philip Hammond, said on Thursday he will do whatever is necessary to restore confidence in the economy after the Brexit vote, suggesting a softer less aggressive approach to bringing down the budget deficit.

In his first public comments since succeeding George Osborne as chancellor of the Exchequer,Hammond praised Bank of England Governor Mark Carney – who he was due to meet on Thursday – and said he would take decisions over the summer before outlining his tax and spending plans.

“Markets do need signals of reassurance, they need to know that we will do whatever is necessary to keep the economy on track,” Hammond said on ITV.

“We’re working together across that referendum divide in the party to deliver the best possible deal for Britain. I think confidence will gradually begin to return and people will start to see the shape of the future that we’re mapping out,” he said.

Hammond, who has previously served as foreign, defense and transport minister, has a reputation in Westminster as a safe pair of hands who rarely hits the headlines. By contrast, Osborne was former prime minister David Cameron’s closest ally and chief strategist, making him one of the most visible political figures in Britain over the last six years.

The Brexit vote thrust Britain into its worst political crisis in modern times, with both major parties in turmoil and investors left guessing about how the future relationship with the EU will look.

The BoE is set on Thursday to cut interest rates for the first time in more than seven years as it seeks to cushion the world’s fifth-biggest economy from the shock of the June 23 referendum decision to take Britain out of the EU.

In a series of media interviews on Thursday, Hammond declined to commit himself to plans made by Osborne in the wake of the referendum, including proposals to make further cuts to corporation tax.

But he suggested he would take a less aggressive approach to fixing the public finances, echoing comments by Britain’s new prime minister Theresa May.

“Of course we’ve got to reduce the deficit further but looking at how and when and at what pace we do that, and how we measure our progress in doing that is something that we now need to consider in the light of the new circumstances that the economy is facing,” he told BBC radio.

Osborne had aimed to turn Britain’s budget deficit – which stands at about 4 percent of gross domestic product – into a surplus by 2020 although he said recently that he would no longer pursue that target given the expected hit to the economy from the country’s decision to leave the EU.

Hammond also told the BBC that the City of London financial services industry was resilient in the short term but Britain could not be complacent about its future and he would try to ensure its access to the EU’s single market.

Asked about big infrastructure projects, he said he expected the plan to build a major new power generation plant at Hinkley Point in southwest England, led by French power utility EDF, would be finalized soon and the new government would take a collective decision on expanding London’s airport capacity.