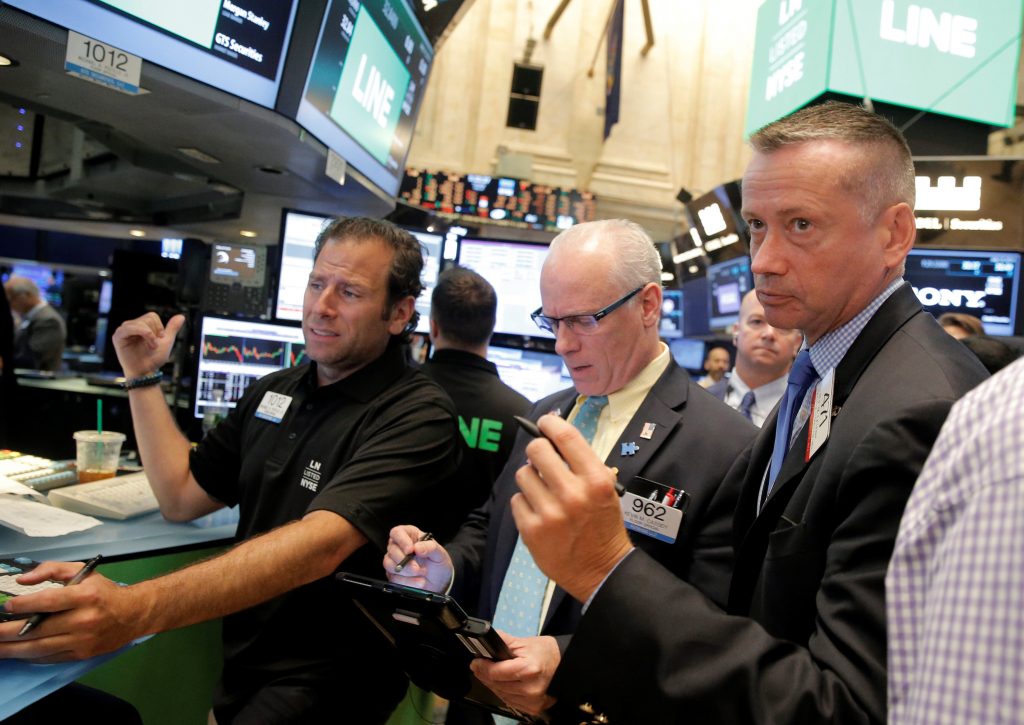 Stocks are rising to new highs in afternoon trading Thursday after solid earnings reports from several companies. Banks and industrial companies gained the most. The British pound surged after the Bank of England held off on cutting interest rates.

IN THE BANK: JPMorgan Chase jumped $1.58, or 2.5 percent to $64.74 after topping second-quarter earnings projections on higher trading revenue. Citigroup and Wells Fargo report on Friday.

YUM RESULTS: KFC owner Yum Brands surged $3.35, or 4 percent, to $89.09 after reporting better-than-expected profit despite soft sales at some of its brands.

BRITISH FOCUS: Stocks in London gave up gains after the Bank of England surprised investors with its decision not to cut rates despite signs the British economy has weakened in the wake of the vote to leave the European Union. The FTSE 100 slipped 0.2 percent.

THE QUOTE: “The initial earnings reports are good, and optimism is starting to creep into the market,” said Brad Sorensen, director of the Schwab Center for Financial Research. The selling in the U.S. after the British vote, he added, was “a little overdone.”

POUND GAINS: The Bank of England’s decision not to act sent investors into the British currency, pushing it up to $1.3343 from $1.3160 a day earlier.