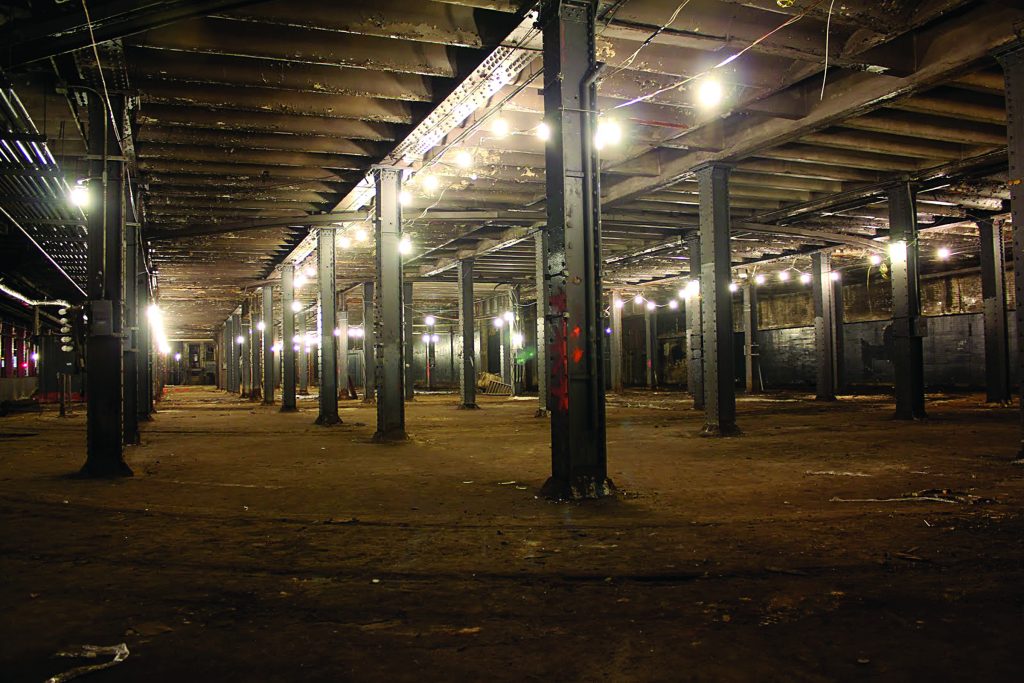 Visitors from around the world are drawn to New York City’s High Line, an elevated park built on defunct railroad tracks transformed into an urban sanctuary of flowers, grasses and trees.

The High Line’s success will soon be replicated underground — deep under Manhattan. A proposal to transform a 116-year-old abandoned trolley terminal on the Lower East Side into the world’s first underground park moved Wednesday one step closer to reality.

The city’s Housing and Economic Development conditionally threw its support behind the Lowline project. It calls for street-level solar collectors to filter sunlight underground, turning the dark subterranean space into a luminous, plant-filled oasis.

Dan Barasch, who co-founded the nonprofit Lowline, says he’s thrilled to have the city behind the project.

Over the next year, the project’s developers have agreed to expand community engagement, raise $10 million and develop a complete schematic design for approval.

Street-level solar collectors would be used to filter the sun about 20 feet down to bedrock, turning the dank, subterranean space into a luminous, plant-filled oasis. The park would offer city residents a place of refuge and host art exhibits, music performances, readings and children’s activities.

The Lowline is only one part of a Lower East Side revitalization project.

The neighborhood has an important place in the history of immigration. At the turn of the last century, newly arriving Italian, Irish and German families made their first homes in America in its tenements. So many Jewish families settled in the neighborhood that it has been called “the American-Jewish Plymouth Rock.”

“Many people once fought to move out of the Lower East Side, and now, their grandkids are fighting to get in,” says Mark Miller, an art gallery owner whose family ran businesses there since the late 19th century. “It’s come full circle … happening and historic.”

The planners — New York residents who’ve worked or lived in the area — say they’re not erasing the legacy of Orchard, Delancey and Rivington streets — “We’re simply taking over a space no one was using in a densely populated neighborhood that lacks sufficient public space,” Barasch says.

He co-founded the nonprofit Lowline project with designer James Ramsey, a former NASA engineer. The park is expected to cost about $60 million in mostly private funds, plus some government money.

Ramsey and Barasch got the idea for the project when they heard about the site that was once a trolley turnaround for the line that ran across the Williamsburg Bridge to Brooklyn.

First, he says the Lowline team of three, plus hundreds of volunteers, must tackle some technical challenges: exactly how to channel the natural sunlight from the collectors to the park below, using the latest optics. Then the best way must be found to position the sunlight so it allows plants to grow.

“But you can’t just cut the street open,” says Barasch.