National Obama: Country Will Experience Tensions for Quite Some Time
National 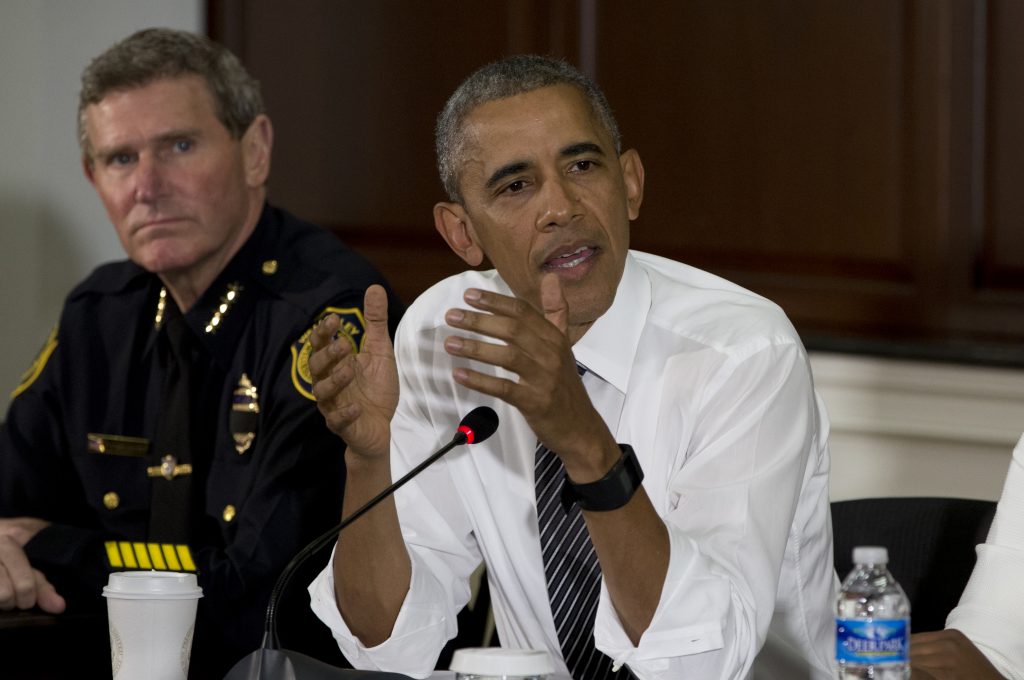 President Barack Obama will keep his focus on reducing tensions between police departments and the communities they serve as he moves from an extraordinary closed-door meeting at the White House’s executive offices to a nationally broadcast town hall meeting that will air Thursday.

Obama emerged from Wednesday’s nearly four-hour-long meeting acknowledging that it’s fair to say the country will experience more tensions between police and the communities they serve for quite some time, and that Americans will “have to, as a country, sit down and just grind it out.”

Obama has devoted his attention this week to the gun violence directed at police officers as well as shootings by police. The focus comes a few days after a black Army veteran killed five police officers in revenge for police shooting black men in Baton Rouge, Louisiana and the Minneapolis suburbs.

On Tuesday, Obama attended a memorial service for the five slain Dallas officers and called the families of Alton Sterling in Louisiana and Philando Castile in Minnesota to offer condolences. He said he wanted Americans to have an open heart so that they can learn to look at the world through each other’s eyes. Wednesday’s meeting with about three dozen elected officials, law enforcement representatives and community activists, including Black Lives Matter, followed that theme.

“The roots of the problems we saw this week date back not just decades, date back centuries,” Obama said. “There are cultural issues, and there are issues of race in this country, and poverty, and a whole range of problems that will not be solved overnight. But what we can do is to set up the kinds of respectful conversations that we’ve had here, not just in Washington, but around the country.”

The nearly three dozen people invited to the White House included some police organizations that have little regard for Black Lives Matter, a group they blame for inciting violence against police officers. White House officials acknowledged that enhancing the trust that has been frayed in so many communities will be a job for future presidents, but they said Obama was determined to get all sides to commit to steps they can take to improve relations.

“At a time when our country, when we are talking past each other, the president’s convening allowed us to hear one another,” said Los Angeles Mayor Eric Garcetti.

Police groups and activists emerged from the meeting saying they didn’t always agree with each other on the issues, but they did agree the meeting was productive and could lead to building trust and improving accountability in police departments.

“From the law enforcement perspective, we hear it, we understand it,” said Terry Cunningham, president of the International Association of Chiefs of Police.