Israel Cabinet to Be Reshuffled by August 3
Israel 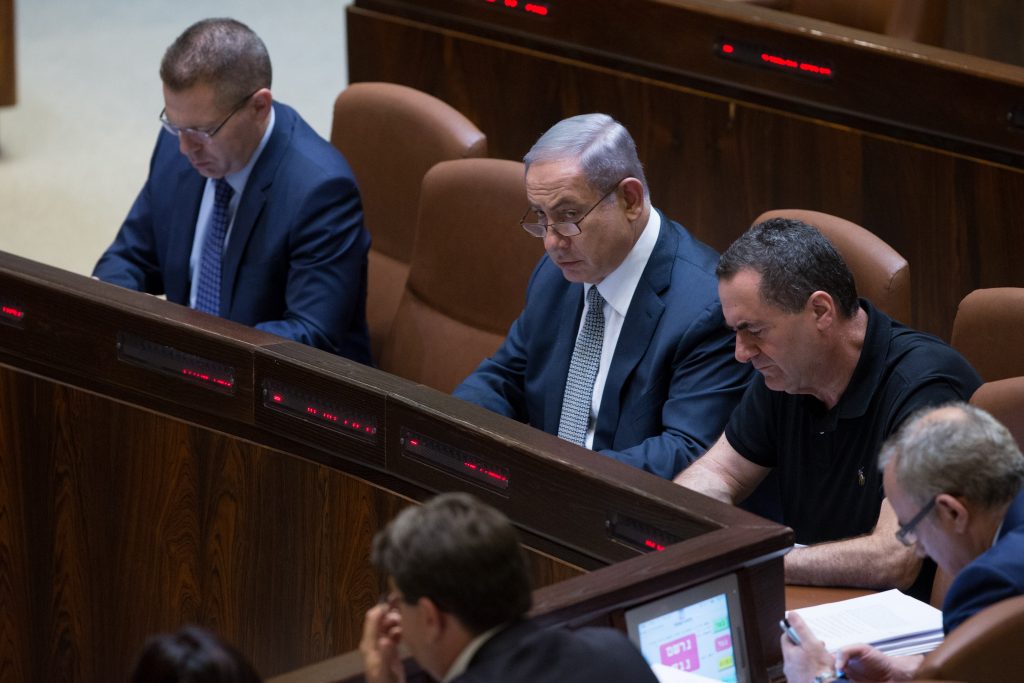 The much-awaited Israeli Cabinet reshuffle is imminent, according to a senior Likud source quoted by The Jerusalem Post.

The new deadline for ministerial appointments was said to be August 3, before the Knesset goes on summer vacation.

Prime Minister Binyamin Netanyahu has been postponing the realignment for months, keeping the Foreign Affairs, Economy and Communications portfolios to himself, but can hold the MKs at bay no longer.

A source close to Finance Minister Moshe Kahlon confirmed the timetable and said Kahlon’s Kulanu party was likely to take part. There is speculation that Construction Minister Yoav Galant (Kulanu) will be promoted to the Economy Ministry, while the Housing portfolio goes to Kulanu MK Eli Cohen.

Galant and Kahlon have been fighting since Kulanu was formed and sources close to Kahlon said he wanted Galant out of the Construction Ministry as it is dear to Kahlon’s heart. One possibility is to appoint someone who is not an MK to head the ministry, such as Avigdor Yitzhaki, a former Kadima MK.

As usual, the appointments are bulging with politics. Netanyahu reportedly wants Galant, a former IDF deputy chief of staff, to join the Likud, with an eye to making him the party’s candidate for Defense Minister in the next election.

On the other hand, some say Netanyahu is considering moving Social Welfare Minister Haim Katz to Economy. Katz, who chairs the powerful Likud central committee, has been a thorn in Netanyahu’s side of late, and it would be a way of appeasing him.

Regarding the Foreign Ministry, Likud heavyweights Transportation Minister Yisrael Katz and Public Security Minister Gilad Erdan have been seeking the post. But as yet there’s no indication either will get it.