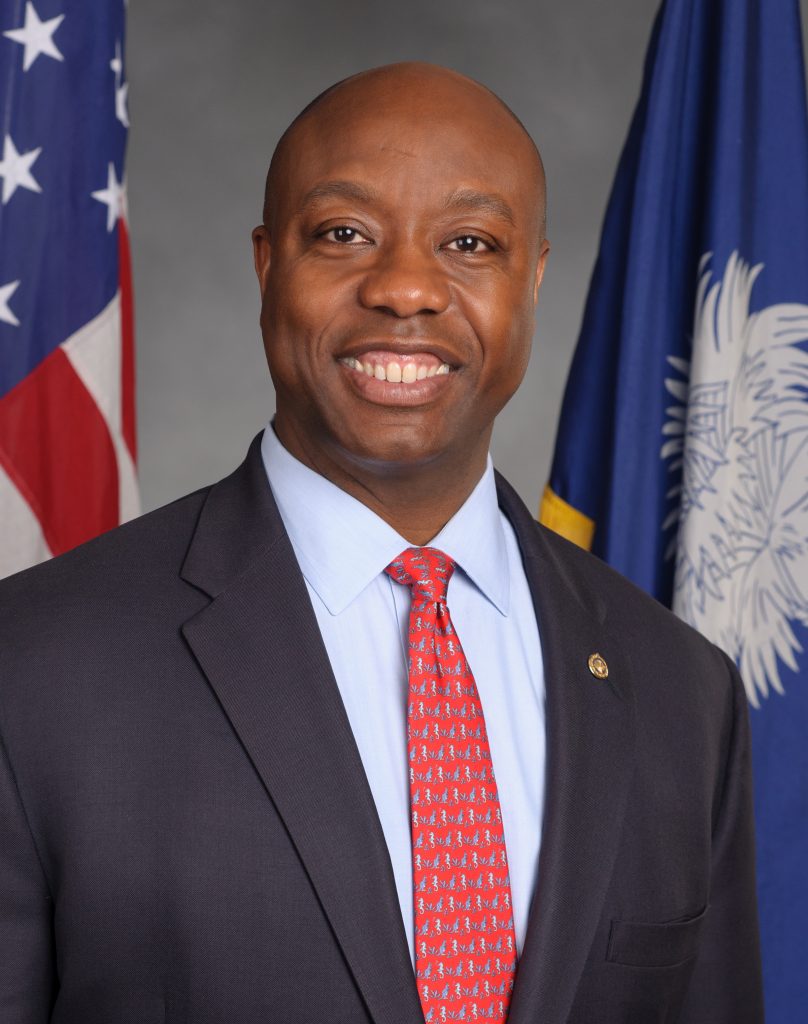 South Carolina’s Tim Scott, the sole black Republican in the Senate, delivered a bristling and personal speech on Wednesday in which he talked of being questioned by police simply because of his race.

Scott, whose political career began 21 years ago on Charleston’s city council, joined Congress in 2010 by defeating one of former senator Strom Thurmond’s sons. He served just one term before being elevated to the Senate by Gov. Nikki Haley (R), the state’s first female and nonwhite governor. After they both endorsed Sen. Marco Rubio (R-Fla.) for president, Haley joked that the future of the Republican Party “looked like a United Colors of Benetton ad.”

But Scott, the first black Republican in the Senate since the 1970s, did not leap forward to be a spokesman on race. As recently as last September, Scott defended the use of the term “All Lives Matter,” which the Black Lives Matter movement views as yet another way to diminish the threats that black people live with in America, telling CNN that “if that is somehow offensive to someone, that’s their issue, not mine.”

That heightened the drama of Scott’s Wednesday speech, the second of three he is giving in response to last week’s shootings. “The good L-rd has given me a soapbox, and I’m going to use this soapbox to talk about what needs to be spoken about,” he told his hometown newspaper this week. On Tuesday, Scott praised the sacrifices of police officers; on Wednesday he described the worst of seven incidents with the police, since winning public office, that had humiliated him.

“The vast majority of time, I was pulled over for nothing more than driving a new car in the wrong neighborhood, or some reason just as trivial,” said Scott. “Imagine the frustration, the irritation, the sense of a loss of dignity that accompanies each of those stops.”

Another time, said Scott, he was entering one of the Senate’s offices wearing the pin that identified him a member of Congress. An officer stopped him, demanding his ID.

“I was thinking to myself: Either he thinks I’m committing a crime, impersonating a member of Congress, or what?” said Scott.

That incident elicited the third call Scott has received from Capitol police to offer an apology for misidentifying him. He was not the first black legislator with a similar story; in 2006, then-Rep. Cynthia McKinney got into a scuffle with an officer who did not recognize her. McKinney’s incident created a brief national firestorm. Scott did not tell his story until Wednesday.

“While I thank G-d I have not endured bodily harm, I have, however, felt the pressure applied by the scales of justice when they are slanted,” said Scott. “I have felt the anger, the frustration, the sadness, and the humiliation that comes with the feeling that you are being targeted for being nothing more than yourself.”