Who’s Speaking at the Republican Convention? 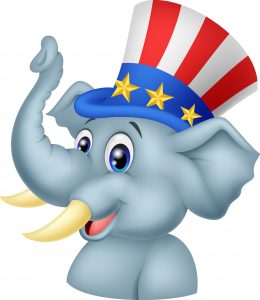 Speaker Paul D. Ryan: Ryan confirmed on Monday that he will give a 10-minute speech on the House Republican agenda and party unity. A Ryan aide said the speech will show “the sharp contrast between Republican ideas and four more years of Obama-like progressive policies; and the need for conservatives to unite around Republican candidates in advance of a critical election.”

Sen. Tom Cotton: The Arkansas Republican said Wednesday on MSNBC: “I look forward to talking about our military and our veterans and what we need to do to make sure that we’re serving them so they can serve us.”

Sen. Mitch McConnell: The majority leader confirmed on Tuesday that he will be speaking. McConnell, who will serve as a delegate for his home state of Kentucky, has been tepid in his support for Trump.

Sen. Ted Cruz: Cruz was one of Trump’s longest-running opponents during the Republican primaries and has been noncommittal about endorsing the real-estate mogul. Cruz told Roll Call last week that “we had a positive and productive meeting this morning with Donald Trump. Donald asked me to speak at the Republican convention, and I told him I’d be happy to do so,” the Texas Republican said. “There was no discussion of any endorsement.”

Sen. Joni Ernst: The New York Times reported that the freshman senator from Iowa will be a speaker and that she could be given a prime speaking slot. Ernst was believed to be on Trump’s VP short list but appeared to take herself off of it.

Gov. Scott Walker: The Wisconsin governor told a La Crosse, Wis., media outlet that the party must unify so they can defeat Hillary Clinton. “A vote for anyone other than Donald Trump, the Republican nominee, is a vote for Hillary Clinton,” Walker said. Walker was considered a favorite going into the Republican primaries but dropped out early as Trump vaulted to the top of polls. At the time, Walker encouraged others in the large field to drop out, “so that the voters can focus on a limited number of candidates who can offer a positive, conservative alternative to the current front-runner,” he said, referring to Trump.

Rep. Marsha Blackburn: Blackburn has been one of Trump’s staunchest defenders and told Politico that she will be speaking at the convention.

Michigan Attorney General Bill Schuette: The Detroit Free Press reported that Schuette said he will speak. Schuette was a Jeb Bush supporter during the primaries but he will support Trump, even though he has been critical of Trump’s controversial comments. “I’m a Republican. I ride for the brand,” Schuette said.