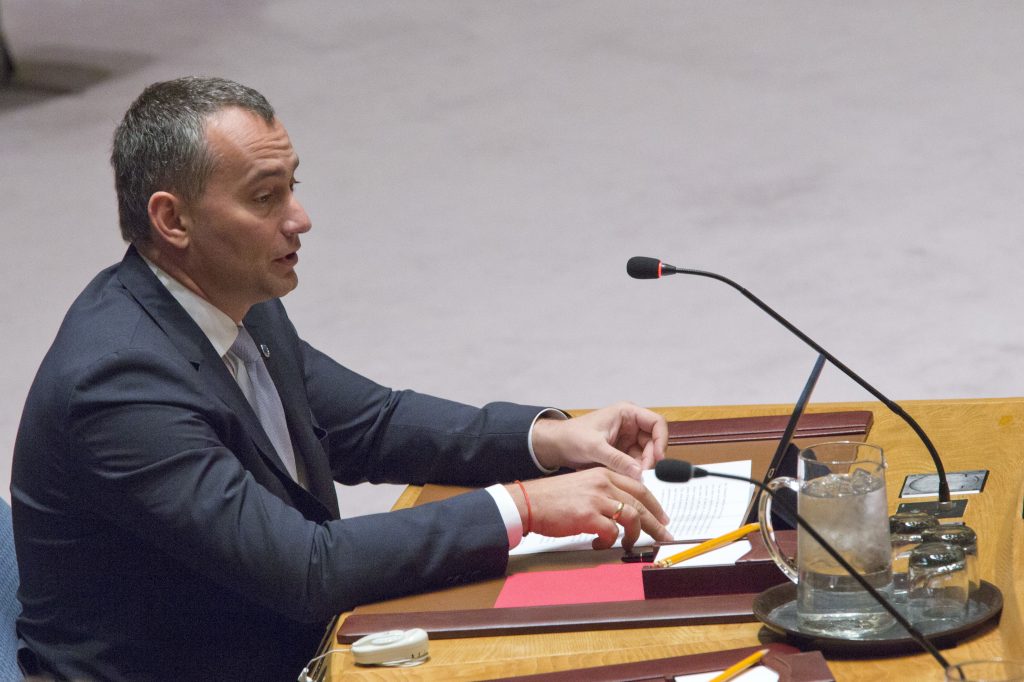 A two-state solution to the Israeli-Palestinian conflict is more remote than ever, with the risk of generations of violence and radicalism unless leaders act, the United Nations’ senior official in the region said on Wednesday.

In his first public comments since the publication on July 1 of a report by the Quartet of Middle East mediators, Nickolay Mladenov, the U.N.’s special coordinator for the region, said the situation was approaching a point of no return.

“[The two-state solution] is perhaps the furthest away it’s ever been, and in fact it is really worse than that — it is slipping away as we speak,” he told Reuters in an interview.

“It’s time for the international community and the leadership on both sides to wake up.”

“The only alternative [to a two-state solution] that I see is perpetual violence here in Israel and Palestine and entangling this conflict into the broader problems of the region,” he said, adding it would be akin to “writing a blank check to violence and radicalism” for generations to come.

Mladenov, a former Bulgarian foreign minister who was previously head of the U.N. mission in Iraq, acknowledged there was a degree of fatigue over the Israeli-Palestinian conflict, which has consumed diplomats’ attention and energy for nearly 70 years.

But Mladenov said it was critical to tackle the Israeli-Palestinian issue so as to avoid a further deterioration in security across the wider region.

“You cannot disengage from it because it will continue to deteriorate and it will obviously become entangled with the rest of the region at some point in the future, which will be extremely dangerous for everybody,” he said.

But the prospects are dim, with the last peace talks held in 2014. The Egyptians, the French and the Quartet – made up of the United States, the European Union, the United Nations and Russia — are working to bring the sides together but so far without success.

“At this stage to say they will come back to negotiate tomorrow would be close to day-dreaming… The collapse of trust has been really dramatic,” said Mladenov.