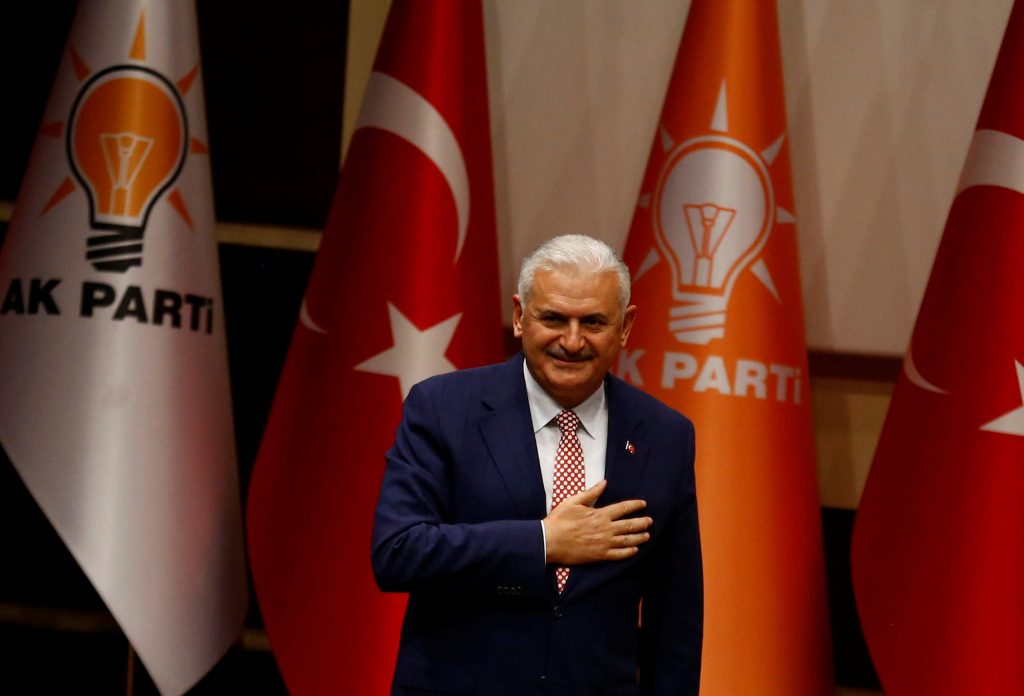 Turkey aims to develop good relations with Syria and Iraq, and both countries need to be stable for counter-terrorism efforts to succeed, Turkish Prime Minister Binali Yildirim said on Wednesday.

Turkey has long been one of Syrian President Bashar al-Assad’s staunchest opponents, arguing that only his departure could stabilize Syria. That has set it at odds with Assad’s ally Russia and distanced it from a U.S.-led coalition more focused on fighting the Islamic State terror group.

Since taking office in May, Yildirim has repeatedly said that Turkey needs to “increase its friends and decrease its enemies” – an apparent tacit admission that past policies have left Ankara sidelined.

“It is our greatest and irrevocable goal: Developing good relations with Syria and Iraq, and all our neighbors that surround the Mediterranean and the Black Sea,” Yildirim said, in comments broadcast live on television.

“We normalized relations with Russia and Israel. I’m sure we will normalize relations with Syria as well. For the fight against terrorism to succeed stability needs to return to Syria and Iraq,” he said.

Jihadist group Islamic State, which controls parts of Syria and Iraq, has also established a network across the border in Turkey that has been blamed for a series of suicide bombings, some of which have targeted foreign tourists.

Turkey last month announced the restoration of diplomatic ties with Israel after a six-year rupture and expressed regret to Russia over the downing of a warplane, seeking to mend strained alliances. Officials have insisted those moves do not mark a broader foreign policy shift for Ankara.

“There is currently no change in Turkey’s Syria policy. Turkey does not want to have problems with any countries in the region and emphasizes the importance of ending terrorism as well as engaging in close cooperation for regional stability,” one official told Reuters after Yildirim’s comments.

“Of course Turkey wants to normalize ties with Syria, but there is no change in Turkey’s policy regarding Syria with Assad.”