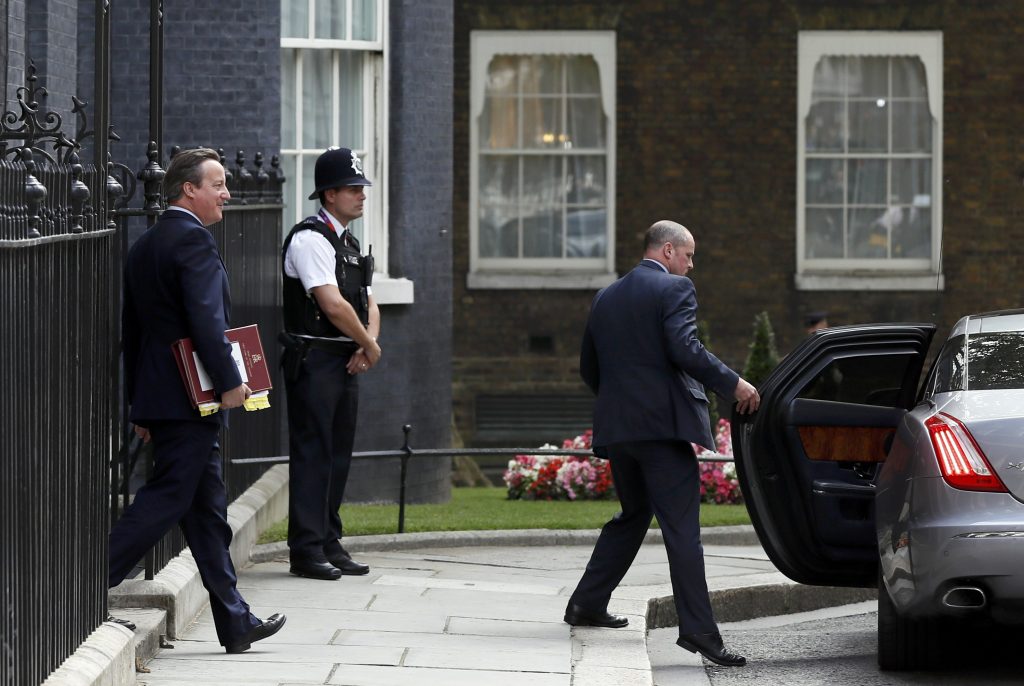 Theresa May will take over the job of British prime minister from David Cameron on Wednesday after a series of political shocks caused by Britain’s vote to leave the European Union.

May, who has been interior minister for six years and is seen by her supporters as a safe pair of hands to steer Britain through the disruptive process of leaving the EU, will become Britain’s second woman prime minister, after Margaret Thatcher.

Cameron, who led the campaign to remain in the 28-member bloc Britain had joined in 1973, announced the morning after the June 23 referendum that he would stand down, triggering a leadership contest in the ruling Conservative Party.

The contest had been due to last until September but ended unexpectedly on Monday when junior energy minister Andrea Leadsom, May’s last rival candidate after others were eliminated, abruptly pulled out.

After taking part in his last weekly session of Prime Minister’s Questions (PMQs) in parliament’s House of Commons at lunchtime, Cameron will make his way to Buckingham Palace to tender his resignation to Queen Elizabeth.

May will then enter Number 10 Downing Street as prime minister before the end of the day.

She is expected to immediately start putting together a new cabinet, a complex political balancing act in which she will try and satisfy opposing camps in her party, which was bitterly split over the EU issue.

Before the referendum, May had campaigned for Britain to remain in the EU, albeit in a low-key fashion. Since the vote, she has repeatedly said that “Brexit means Brexit” and her backers say she is determined to make the exit a success.

Despite pressure from other EU capitals to quickly start negotiating the terms of Britain’s exit, May has said she would not be rushed into triggering article 50 of the EU’s Lisbon Treaty, the formal step that will kickstart the process.

She is expected to promote women ministers to several senior roles, and Cameron’s long-serving finance minister George Osborne could lose his job, according to media reports.

PMQs is usually a rowdy event, involving combative exchanges between Cameron and the leader of the main opposition Labour Party while lawmakers from both parties boo and cheer.

But with Cameron on his last day in the job and Labour mired in a profound crisis, the atmosphere at this PMQs is likely to be very unusual.

After months of simmering discontent among Labour lawmakers with party leader Jeremy Corbyn, the conflict exploded into the open after the referendum when the vast majority of the lawmakers rejected his leadership. He is being challenged for the job by lawmaker Angela Eagle.

Corbyn has clung to his job, citing support from the party grassroots, and the 116-year-old party is now locked in a bitter power tussle that risks destroying it.

The shocks of the referendum result, Cameron’s resignation, a series of other surprise moves in the Conservative Party and the crisis in Labour, have plunged Britain into its deepest political crisis in modern times.

Financial markets, which had been extremely volatile since the referendum, reacted positively to news on Monday that May would become prime minister earlier than expected, with sterling making strong gains against the dollar and the euro.