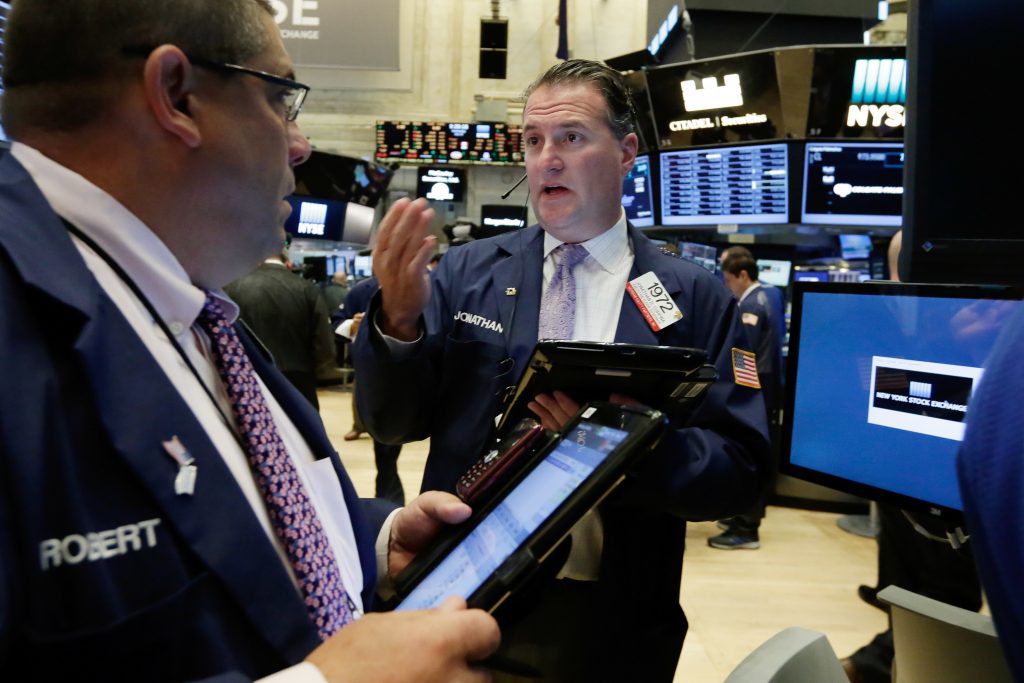 Stocks are edging lower on Wall Street in midday trading Wednesday after setting records the last few days. Energy companies are dropping sharply along with the price of oil. Utility companies, prized for the steady dividends, are rising.

JUNO JUMP: Juno Therapeutics soared $3.63, or 13 percent, to $31.42, after the regulators said its leukemia drug trials can continue. The stock had tumbled Friday after the Food and Drug Administration halted testing.

STORES SLUMP: Arts and crafts chain Michaels fell $2.32, or 8 percent, to $26.56 after a disappointing forecast. It said it plans to sell stock to raise money.

BREAK IN GAINS? If the Dow and S&P 500 fall for the day, it will break a three-day winning streak kicked off Friday by a solid report on U.S. job creation in June. Investors are hoping the strengthening economy, plus a delay in Federal Reserve rate increases, will drive stocks higher in the coming weeks.

THE QUOTE: “Good economic numbers could translate into decent second quarter earnings, and rates are low and should stay low,” said Ernie Cecilia, chief investment officer of Bryn Mawr Trust. That makes for a “decent environment” for stocks.

BRITISH CHANGE: Investors hope that the speedier-than-anticipated appointment of Theresa May as Britain’s prime minister will help provide some clarity as to how the country wishes to proceed with its exit from the European Union.

ANALYST’S TAKE: The move has “settled the nerves” of investors, said James Hughes, chief market analyst at GKFX, helping ease the “huge uncertainty” that had been hurting markets.

JAPAN IN FOCUS: Japanese stocks extended gains on hopes that Prime Minister Shinzo Abe will expand bond purchases and flood the market with money now that his Liberal Democratic Party has emerged victorious from parliamentary elections on the weekend.