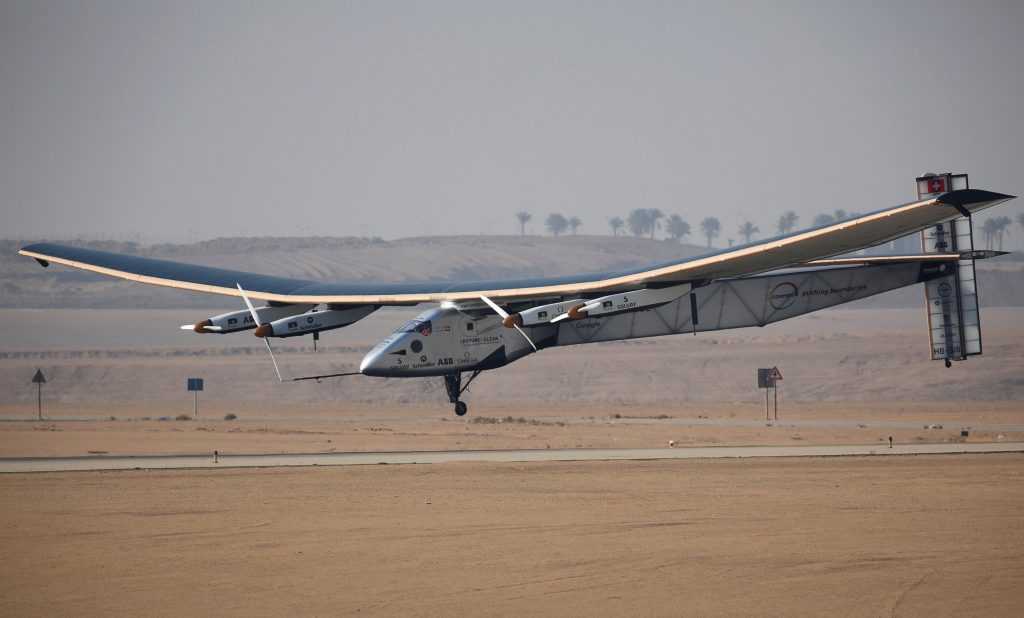 An airplane powered by energy from the sun arrived on Wednesday in Egypt, the penultimate stop on the first fuel-free flight around the globe.

Solar Impulse 2, a spindly single-seat plane, flew over the Pyramids to make a smooth landing at Cairo airport at about 7:10 a.m. ending a flight leg that lasted 48 hours and 50 minutes.

The plane, which began its journey in Abu Dhabi in March 2015 and is due to end it there, has been piloted in turns by Swiss aviators Andre Borschberg and Bertrand Piccard in a campaign to build support for clean energy technologies.

Solar Impulse flies without a drop of fuel, its four engines powered solely by energy collected from more than 17,000 solar cells in its wings. Surplus power is stored in batteries during the day to keep the plane aloft on long-distance flights.

The carbon fiber plane, with a wingspan exceeding that of a Boeing 747 and the weight of a family car, is unlikely to set speed records. It can climb to about 28,000 feet and cruise at 34-62 mph.

The Solar Impulse team will now prepare for the final leg of the journey to United Arab Emirates, they said.