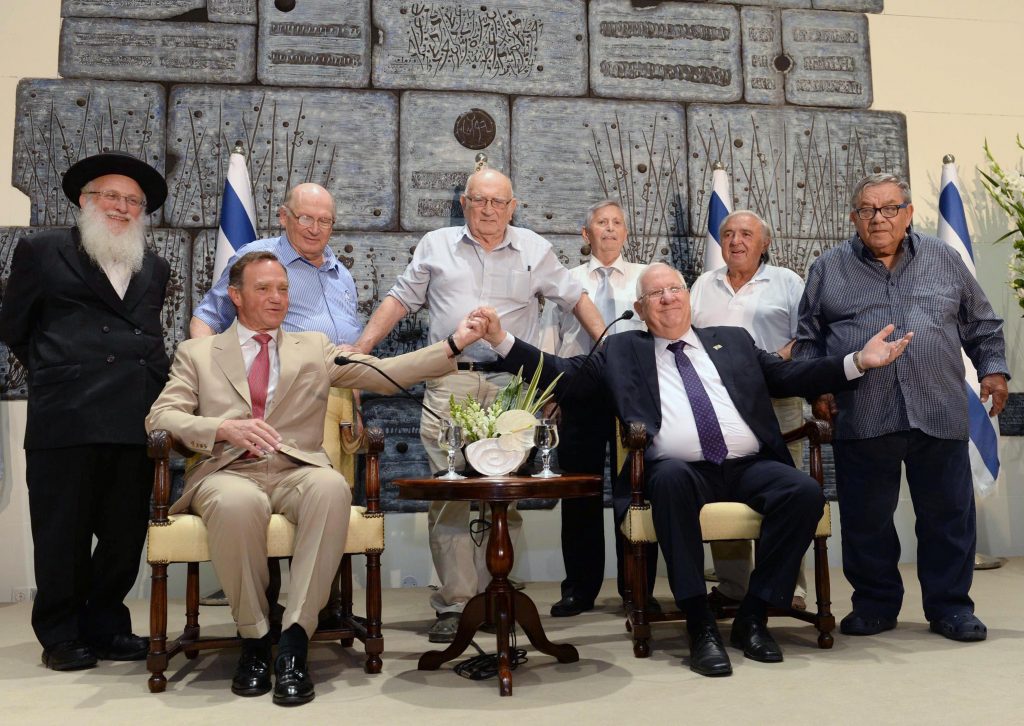 President Reuven Rivlin hosted on Wednesday a special& and emotional gathering at his residence, bringing together descendants of Eugène, 11th Prince of Ligne, and his wife Philippine, who saved hundreds of Jewish children in their castle (Beloeil) in Belgium during the Holocaust, along with some of the children they rescued and their families.& &

The Prince and his wife were honored as “Righteous Among the Nations” by Yad Vashem for their bravery in 1975. &

The delegation was led by Prince Michel De Ligne, who told the gathering, “This is a very important day for all of us…Commemoration of what they did is a duty for each of us. It is the memory of terrible moments for each one of the children who were separated from their parents, and had to get used to a new way of life.”&

“Three people knew of the presence of Jewish children in the castle, and their silence was a guarantee for the survival of these beloved children.”

“In the name of my family Mr. President, I want to tell you how touched we are by the marks of gratitude we have received from the Jewish people, and from the Land of Israel. Long live Israel.”&

Representing the survivors, Avraham Kaputka said, “In the face of the killing machine which was put to work against the Jews of Europe, people and institutions worked to save human lives.”

He noted that he along with 44 other Jewish children were saved because of the De Ligne family, and added, “Six of these survivors are here today. We were alone, the separation from our parents was very hard. We did not know if or when we may ever see them again. Our acclimatization, at least at first was not easy, but in the end we blended in to our surroundings, thanks to the guides and the teachers at the children’s home. We were in a safe and quiet place while all around us raged the war. Some of the children were reunited with their parents, others never found them.&

“There are no words which can express our feelings toward Prince Eugène and his wife Philippine, and all the other people that help in saving us from the threats to our lives. Today, we thank Prince Michel De Ligne for his contribution to preserving the memory of the story of our rescue.”& &