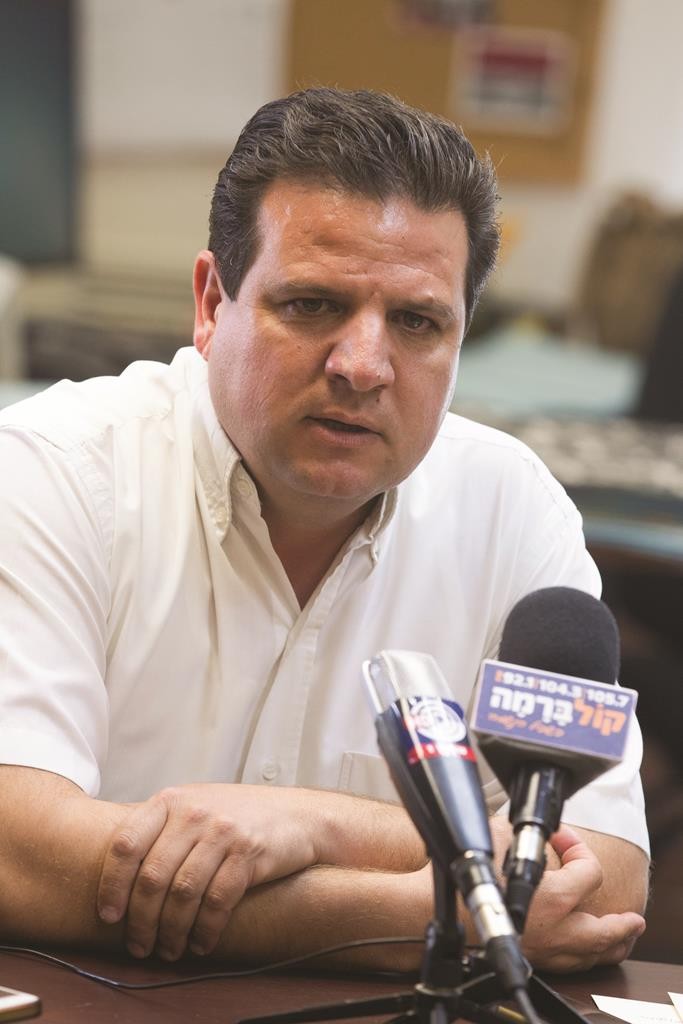 Members of the United Arab List have contacted United Nations officials for help in battling the Disbarment Law, in which MKs can be voted out of office by their fellows for speaking out against the existence of the state or against the IDF. MK Yussef Jabarin met in Budapest earlier this week with staff of the U.N.’s Special Rapporteur on Minority Issues, Israel Radio reported. The report quoted Jabarin as telling the U.N. officials that the law would be “a terrible blow to Israeli Arabs.”

The report comes after a session of the Knesset Constitutional Committee during which the criteria for throwing an MK out of his or her job were considerably softened. The original bill would have allowed a simple majority vote of 61 to impeach an MK, while the version that will go to a final vote will likely raise that to 70 votes. In addition, a vote of 90 MKs is required to ratify the original impeachment vote.

On the other hand, the Committee decided Tuesday that once an MK is out, they can never return to the Knesset again.

The law, introduced last year, is aimed at and was inspired by one person – MK Hanin Zoabi, well known for her outrageous comments on Israel and the IDF. Most recently, Zoabi said several weeks ago that IDF soldiers were “murderers” for killing nine Hamas-affiliated provocateurs who attacked IDF soldiers aboard the Mavi Marmara as part of the 2010 Gaza flotilla. Zoabi demanded that the Israeli government apologize to the Turkish “political activists” aboard the ship, including herself. At least 60 complaints on the comments were filed by MKs with the Knesset Ethics Committee.

Despite their disapproval of her comments, MKs from the opposition have slammed the bill. MK Zouhar Bahloul (Zionist Camp) attacked Committee Chairman MK Nissan Slomiansky (Jewish Home), accusing him of “doing to Arabs what Labor did to Menachem Begin, when they wouldn’t let him speak because he was too right-wing. You are doing what they did to you for 50 years. This is a law for ethnic cleansing.”

MK Yael German (Yesh Atid) said that the law shows “a breakdown in the safeguards of our legal system. The Attorney General should have stood at the side of democracy to prevent this from coming to a vote in the first place.” MK Yitzchak Herzog, head of Zionist Camp, also slammed the law, saying that “the coalition is aiming a bullet between the eyes of Israeli democracy. To give MKs the power to eject other MKs is self-destructive.”

Ironically, Channel Two reported on Motzoei Shabbos, it is the chairman of Zoabi’s own party – MK Ayman Odeh – who is actively seeking to remove Zoabi from the Knesset. According to the report, Odeh asked senior Knesset officials for advice on “how to get rid of her.” According to the report, Odeh told them that Zoabi “is causing us a great deal of damage. I want her out of the party.”

Odeh, who according to the report has had enough of Zoabi’s antics, reportedly told MKs that it was their own fault that Zoabi got elected to the Knesset at all. “Without the change you Jews made in raising the minimum number of votes needed to enter the Knesset, she would not be in. Because of the increase, all the Arab parties had to get together into a single list. It’s your fault Zoabi is an MK.”