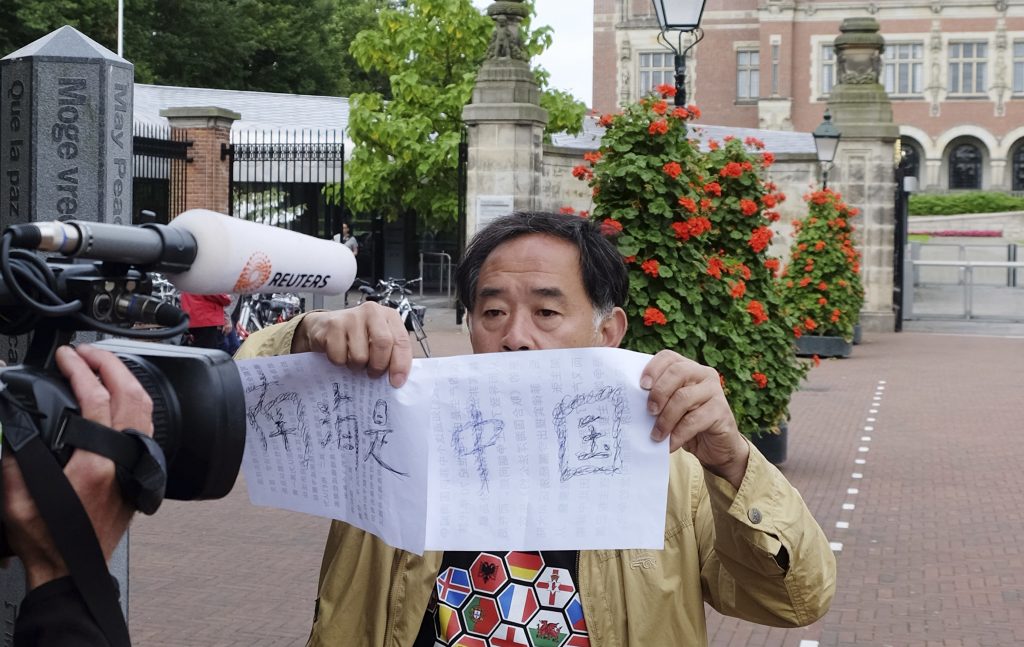 A tribunal ruled in a sweeping decision Tuesday that China has no legal basis for its extensive claims in the South China Sea and had aggravated the seething regional dispute with its large-scale land reclamation and construction of artificial islands that destroyed coral reefs and the natural condition of the disputed areas.

China immediately rejected the findings, and their impact remained unclear as there is no policing agency or mechanism to enforce them.

Ruling on a variety of disputes the Philippines had asked the tribunal to settle, the five-member panel unanimously concluded that China had violated its obligations to refrain from aggravating the dispute while the settlement process was ongoing. It also found that China had interfered with Philippine petroleum exploration at Reed Bank, tried to stop fishing by Philippine vessels within the country’s exclusive economic zone and failed to prevent Chinese fishermen from fishing within the Philippines’ exclusive economic zone at Mischief Reef and Second Thomas Shoal.

Philippine Foreign Secretary Perfecto Yasay welcomed the decision, and pledged to pursue a peaceful resolution of his country’s territorial disputes with China.

“The Philippines strongly affirms its respect for this milestone decision as an important contribution to ongoing efforts in addressing disputes in the South China Sea,” he said in Manila.

China reiterated that it does not accept the panel’s jurisdiction. China “solemnly declares that the award is null and void and has no binding force. China neither accepts nor recognizes it,” the foreign ministry’s statement said.

It added that “China’s territorial sovereignty and maritime rights and interests in the South China Sea shall under no circumstances be affected by those awards.” The ministry repeated China’s often-expressed stance that the Philippines’ move to initiate arbitration without China’s consent was in “bad faith” and in violation of international law.

A professor of Asian political economy said the ruling could be a “transformative moment” in the region.

Speaking outside the Peace Palace in The Hague, Leiden University professor Jonathan London said the decision will “give countries with a common interest in international norms something to point to and to rally around.”

He said they can say to China: “Look, here are the results of an international organization that has found that your claims have zero historical basis.”

Japan’s Foreign Minister Fumio Kishida said the tribunal’s decision is “final and legally binding” and that the two sides should comply with it. He said in a statement that “Japan strongly expects that the parties’ compliance with this award will eventually lead to the peaceful settlement of disputes in the South China Sea.”

China says that bilateral talks between Beijing and other claimants is the only way to address the South China Sea disputes.

The tribunal said that any historic rights to resources that China may have had were wiped out if they are incompatible with exclusive economic zones established under a U.N. treaty that both countries have signed and which came into effect in 1994.

It also criticized China for building a large artificial island on Mischief Reef, saying it caused “permanent irreparable harm” to the coral reef ecosystem and permanently destroyed evidence of the natural conditions of the feature.

China drafted its so-called nine-dash line to demarcate its claims to virtually the entire South China Sea. Manila brought the case because China’s claims infringe upon its own 200-mile exclusive economic zone.

The dispute centers on waters through which an estimated $5 trillion in global trade passes through each year and are home to rich fishing stocks and a potential wealth of oil, gas and other resources. The ruling comes as the U.S. has ramped up its military presence in the region.

However, a new Philippine leader who appears friendlier to Beijing could also influence the aftermath of the ruling.

Dozens of rallying Filipinos jumped for joy, wept, embraced each other and waved Philippine flags after news of the sweeping victory broke out. One held up a poster that said: “Philippine sovereignty, non-negotiable.”

Vietnam, meanwhile, accused Chinese vessels of sinking a Vietnamese fishing boat in disputed waters. Nguyen Thanh Hung, a local fisheries executive in the central province of Quang Ngai, said two Chinese vessels chased and sank the Vietnamese boat around midday Saturday as it was fishing near the Paracel islands. The five fishermen were rescued by another trawler around seven hours later.