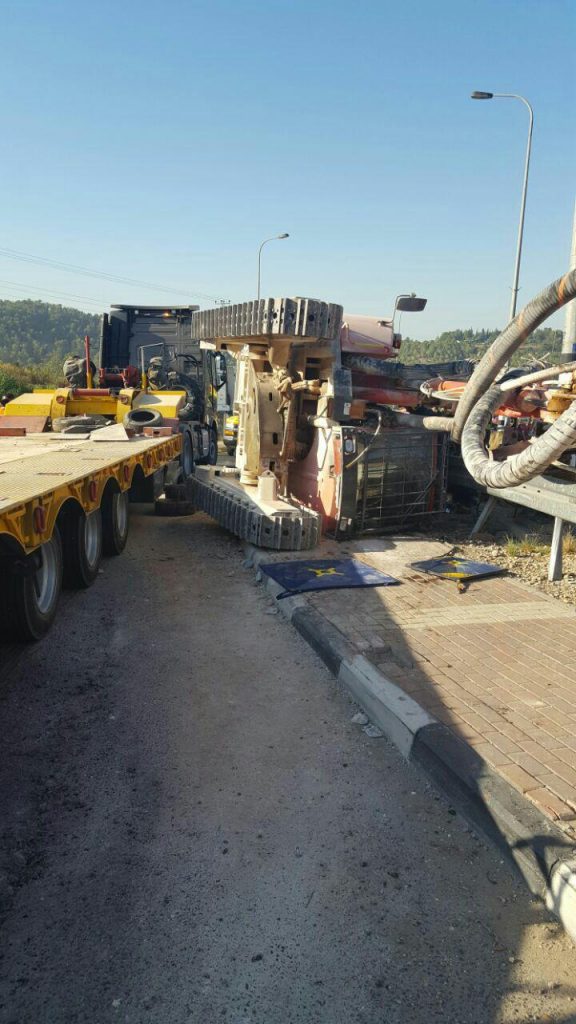 A traffic accident near the entrance to Moshav Chashmonaim trapped a woman and a four-year-old girl under a tractor, after a tractor fell off the back of an overturned truck. The accident occurred on Route 446, between Maccabim and Modiin Ilit.

The truck, carrying a tractor, seemingly speeding, turned over at a turn and trapped the two on the sidewalk. Rescue workers extracted the girl, who was severely wounded and unconscious. She was quickly evacuated to Tel Hashomer Hospital. All are asked to daven for Hadas bas Avishag. Her condition is critical.

The woman, was also taken to Tel Hashomer Hospital, where doctors tried to stabilize her condition, but she passed away. She was later identified as Mrs. Chanah Geulah Dweck, a”h, 53, from Kiryat Sefer. This unfortunate tragedy is unfathomable, as she passed away during the week of the sheva brachos for her son, who married this week. She is survived by her husband, ybl”c, Rav Meir Dweck, a well known talmid chacham in Kiryat Sefer.

In addition, a woman was killed and eight others were injured when two vehicles crashed on Highway 90, near the Arava Junction.

MDA first responders arrived with three mobile emergency care units, five ambulances and helicopters. Four of the victims were in moderate condition and four lightly injured. The paramedics tried to resuscitate the lady, but were forced to pronounce her dead.