World Iraqi Forces Link Up South of Mosul, Tightening Noose Around IS
World 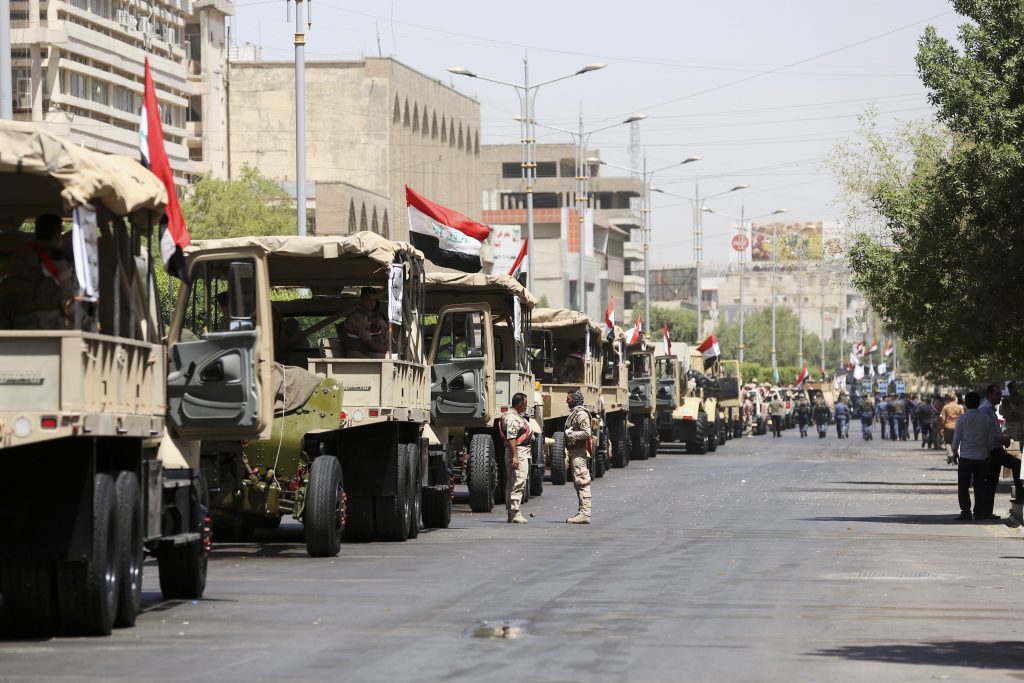 Iraqi government forces advancing on the Islamic State-held city of Mosul retook a village from IS on Tuesday and linked up along the Tigris River with army units pushing from a separate direction, Defense Minister Khalid al-Obeidi said.

The territorial gain, which followed the recapture of a key air base nearby at the weekend, further isolated Mosul in preparation for a government assault to recover Iraq’s second-largest city 60 km (40 miles) further north.

“Forces from the 9th Armored Division and the counter-terrorism service liberated Ajhala village north of Qayara base,” Obeidi said on Twitter.

“Our heroes arrived at the riverbank and made contact with Nineveh Liberation Operation units,” he added, referring to troops who had set out from Makhmour, 25 km west of the Tigris, in March.

The newly retaken territory still needs to be secured since IS insurgents remain holed up in several towns behind the government’s front line, a military spokesman said.

Backed by air support from a U.S.-led military coalition, government forces on Saturday regained Qayara air base, which is to be turned into a logistics hub for the main assault on Mosul.

On Monday, U.S. Defense Secretary Ash Carter announced the dispatch of 560 additional soldiers to Iraq, most of whom will work from Qayara to assist the Iraqi thrust towards Mosul. Prime Minister Haider al-Abadi has pledged to retake the city, the largest still held by IS, by year-end.