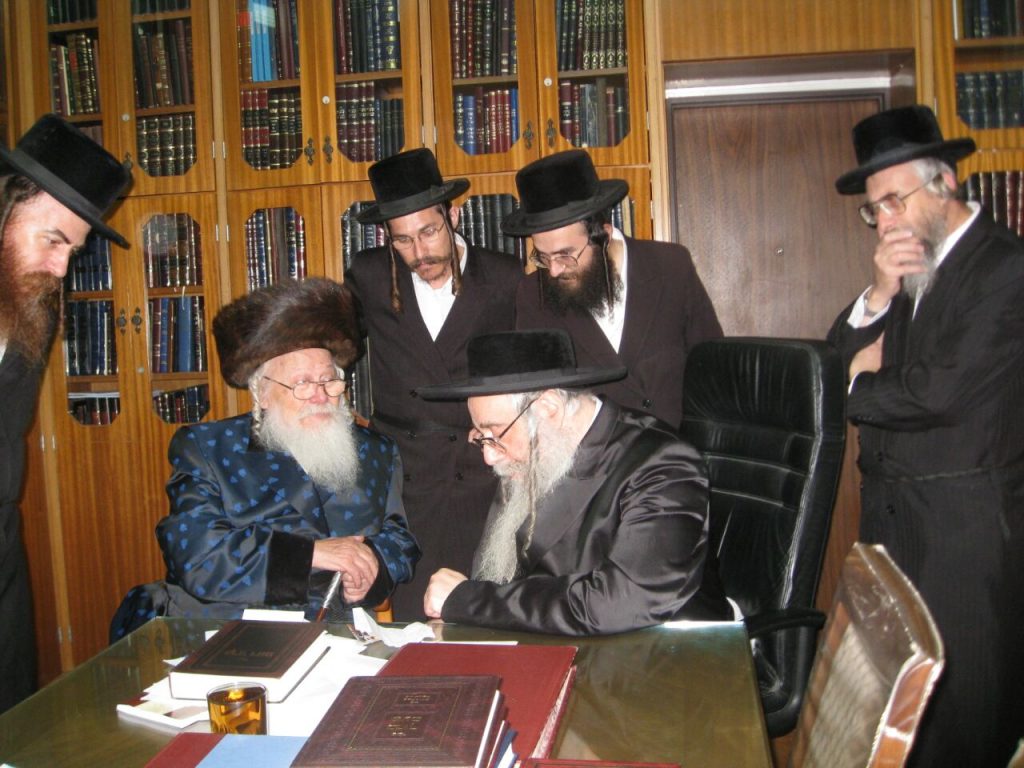 The Binyamina Rebbe, Harav Yosef Yehoshua Taub, was niftar Tuesday morning in Netanyah’s Laniado Hospital at the age of 92.

The Rebbe, born in Hungary in 1924 was the son of Harav Shmuel Dovid Taub, Hy”d, a noted Sanzer chassid. His parents, as well as his maternal grandfather were all taken to Auschwitz in 5704/1944 and killed al kiddush Hashem, Hy”d.

After surviving the Holocaust, he moved to America and later to Eretz Yisrael. In Eretz Yisrael, he settled in Moshav Binyamina, in northen Israel, where he drew many close to a life of Torah and mitzvos. He was named for that post.

Later, he moved to Kfar Saba, continuing his avodas hakodesh.

In his later years, he moved to Yerushalayim, where he founded a beis medrash on Rechov Malchei Yisrael. He was noted for his drashos.

His brother, Harav Amram Taub, was the Brider Rebbe of Baltimore, zt”l.

In recent months, the Rebbe was hospitalized in a serious state, with his condition taking a turn for the worse at the end of last week.

He was niftar Tuesday morning, surrounded by many family members, who recited the pesukei hayichud.

The levayah began in Kiryat Sanz in Netanya Tuesday afternoon, and later from his beis medrash in Yerushalayim to Har Hamenuchos, where he was buried.