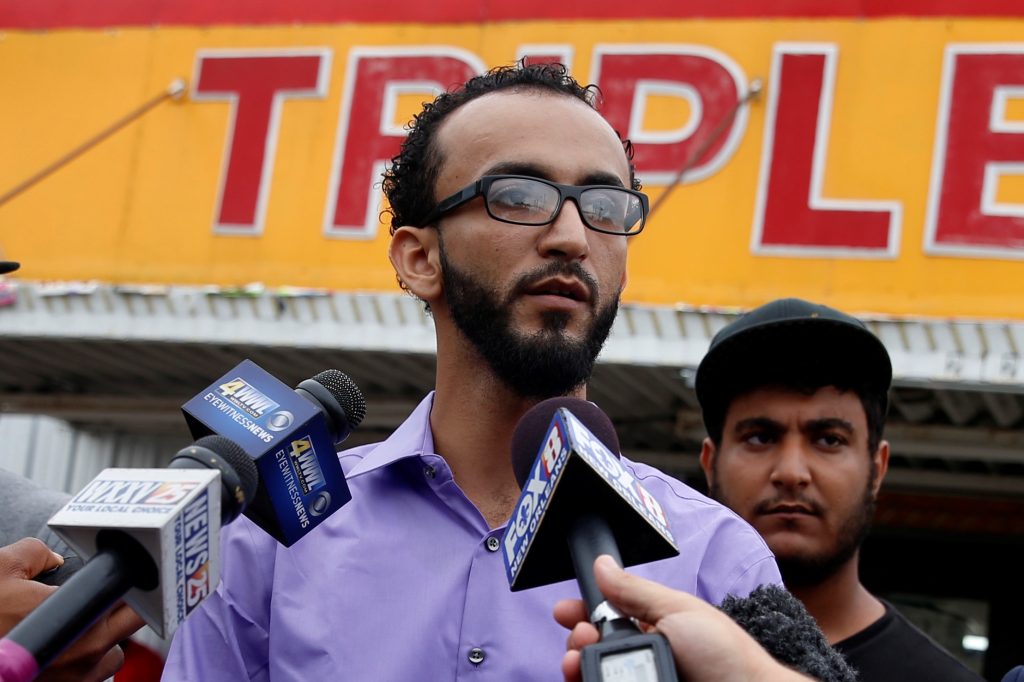 The owner of a Louisiana convenience store in front of which a black man was killed by police sued the city of Baton Rouge and members of its police force on Monday, claiming that he was illegally detained and that police took his surveillance video after the shooting.

Triple S Food Mart owner Abdullah Muflahi said in the lawsuit that Baton Rouge officers locked him in the back of a police vehicle for about four hours after he witnessed the July 5 shooting of Alton Sterling, 37.

He sued two officers involved in the shooting, two officers investigating it, the chief of police and the city. He is seeking damages for false imprisonment and the illegal taking of his property.

“Not only did Mr. Sterling lose his life, but my client also lost his liberty,” Muflahi’s lawyer, Joel Porter, said in a telephone interview on Tuesday.

Sterling, who often sold compact discs outside the store with Muflahi’s permission, was shot and killed in the parking lot during an altercation with two white officers who had responded to a 911 call about a man threatening someone with a gun.

Muflahi recorded the shooting on his cellphone. According to the lawsuit, immediately afterward police seized the store’s security system without a warrant and took Muflahi into custody.

“At all times defendants knew that plaintiff Muflahi was only a witness to the events at his store and that being a witness did not entitle police to hold plaintiff in custody or seize or commandeer his store and store equipment,” the lawsuit said.

Spokesmen for the Baton Rouge Police Department did not respond to a request for comment on Tuesday.

A judge authorized police to seize the store’s surveillance equipment about five hours after the shooting, according to an affidavit for a search warrant filed on Monday with the local court clerk’s office and first obtained by The Advocate newspaper.

The request for the warrant said that officers responding to the 911 complaint ordered Sterling to put his hands on the hood of a nearby vehicle. Sterling did not comply, according to the document, so officers tried to restrain him and deployed their Tasers.

According to the affidavit, the officers noticed the butt of a gun in Sterling’s front pants pocket.

“When the subject attempted to reach for the gun from his pocket, the officers fired their police-issued duty weapon at the subject to stop the threat,” the warrant application stated.

Sterling, a father of five, died after being shot at close range. His death, as well as that of another black man by police in Minnesota the next day, have led to nationwide protests by the Black Lives Matter movement.