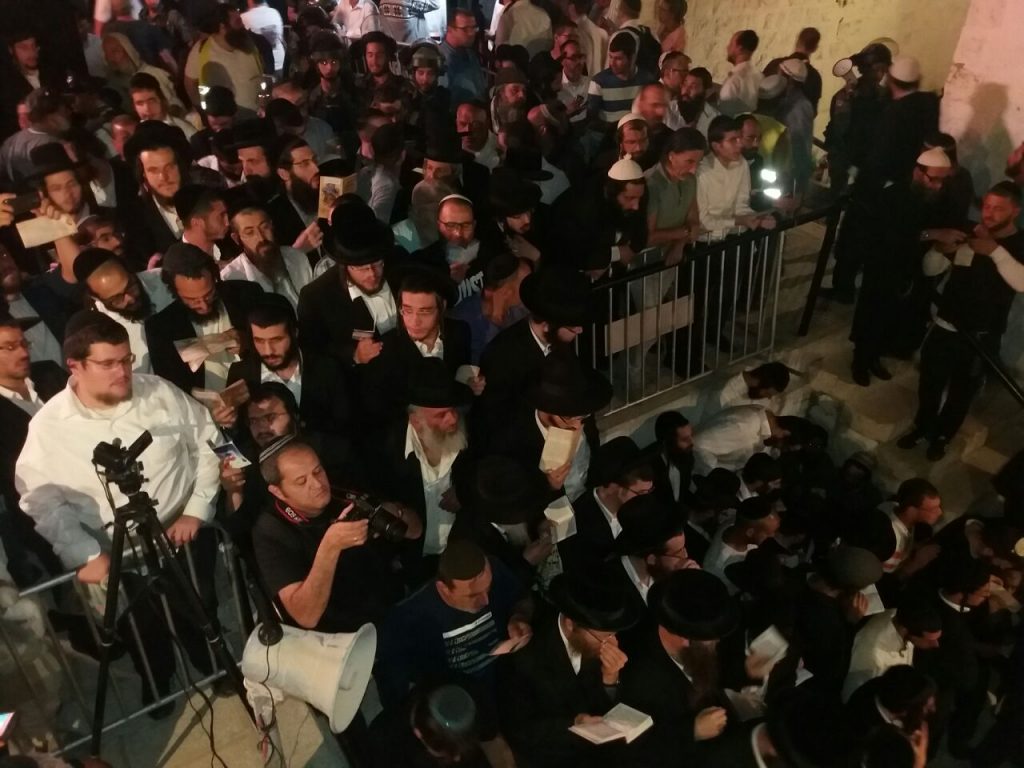 Some 1,600 Jews davened on Monday night at Kever Yosef in Shechem. Thirty-one buses entered the city under heavy IDF guard, transporting the visitors to the site from all parts of the country.

Over the past month – the last time Jews were allowed to visit the site was a month ago – Arabs have been busy vandalizing Kever Yosef, and the results were visible, with broken glass and windows, restrooms completely destroyed and furniture broken. Several of the buses were attacked with firebombs, and damage occurred. There were no Israeli injuries.

Also Monday night, visitors to Kever Rochel in Beit Lechem were attacked with a firebomb. B’chasdei Shamayim, no one was injured, but a car that was parked near the site of the attack was damaged. Police began a search for the perpetrators of the attack. This is the fourth firebomb thrown at visitors to the site in recent days, according to visitors familiar with the situation.