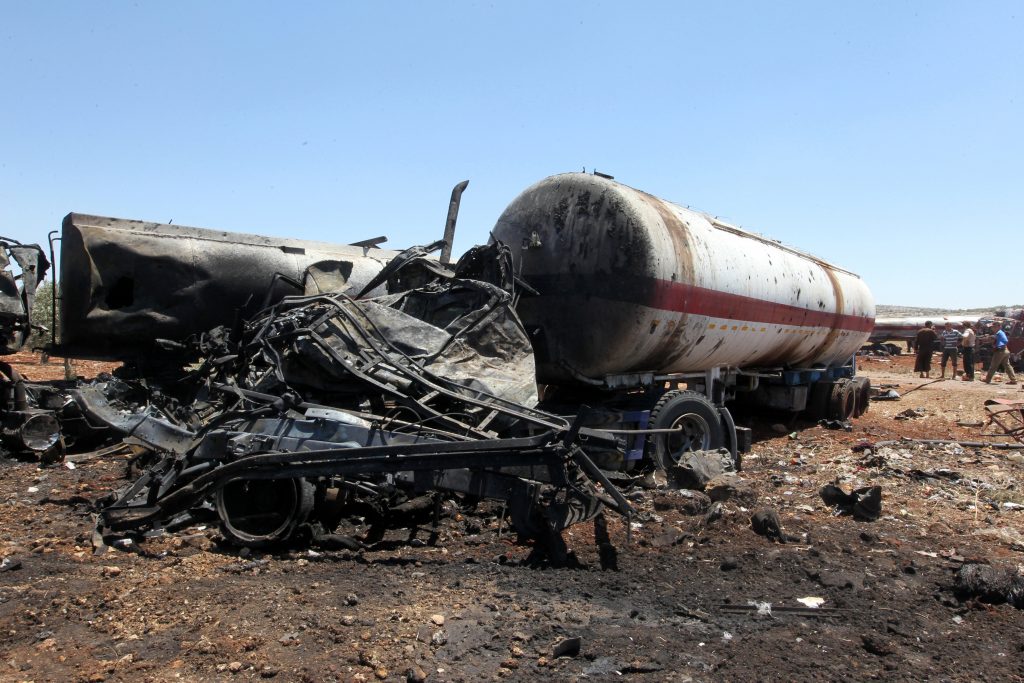 Fierce clashes and air raids on Monday across northern Syria, mainly in the contested city of Aleppo, killed at least 26 people and left scores wounded, according to reports.

Meanwhile, air raids on a fuel market in the northern Idlib province killed at least eight people, including a media activist who used to report for the Qatar-based Al-Jazeera network.

In Aleppo, rebels fired hundreds of shells and rockets, with the clashes being the most intense near the old quarter and the city’s famed citadel. Syria’s largest city and once its commercial center, Aleppo has been bitterly contested between the warring sides in Syria’s civil war since the summer of 2012.

Government forces repelled an attack near the citadel, according to Syrian state media and Al-Manar TV of Lebanon’s Hizbullah terror group, which has fighters in Syria fighting alongside President Bashar Assad’s forces.

The Observatory later reported that a government air raid on the rebel-held neighborhood of Bab al-Maqam killed 10.

The city and its suburbs have witnessed intense shelling and fighting over the past few days during which government forces were able to effectively cut the main route into rebel-held neighborhoods. The passageway, known as the Castello road, has been a lifeline to about 300,000 people in the rebel-held part of the city.

The fighting came despite an extended cease-fire, declared by the Syrian military and due to expire at midnight Monday.

The Observatory also reported on Omar’s death but gave a higher death toll, saying the raids killed 14 and wounded dozens. Conflicting reports of death tolls are common in the aftermath of attacks in Syria.

Syria-based activist Ahmad Barbour said Omar had gone on his motorcycle to Termanin to cover the aftermath of an airstrike when a second one hit, killing him instantly. Barbour and the Observatory said the dead also included two civil defense workers.

“The area was hit be several air raids that were minutes apart,” Barbour said by telephone.