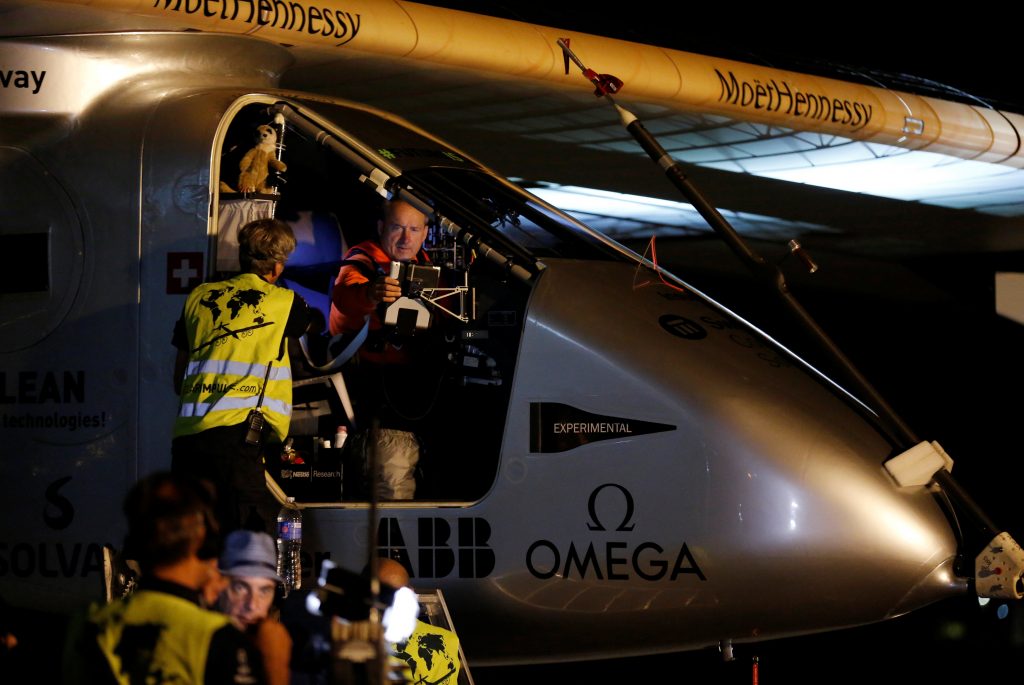 An airplane powered solely by energy from the sun took off from southern Spain early on Monday on the penultimate leg of the first ever fuel-free round-the-world flight.

The single-seat Solar Impulse 2 lifted off from Seville at 0420 GMT en route for Cairo, a trip expected to take 50 hours and 30 minutes.

The plane has more than 17,0000 solar cells built into its wings and travels at a cruising speed of around 45 mph.

On its journey, which began in Abu Dhabi and is due to end there, it has been piloted in turns by Swiss aviators André  Borschberg and Bertrand Piccard.

Borschberg is taking this run, the 16th leg, over the Mediterranean Sea, crossing through the airspace of Tunisia, Algeria, Malta, Italy and Greece before ending in Egypt.