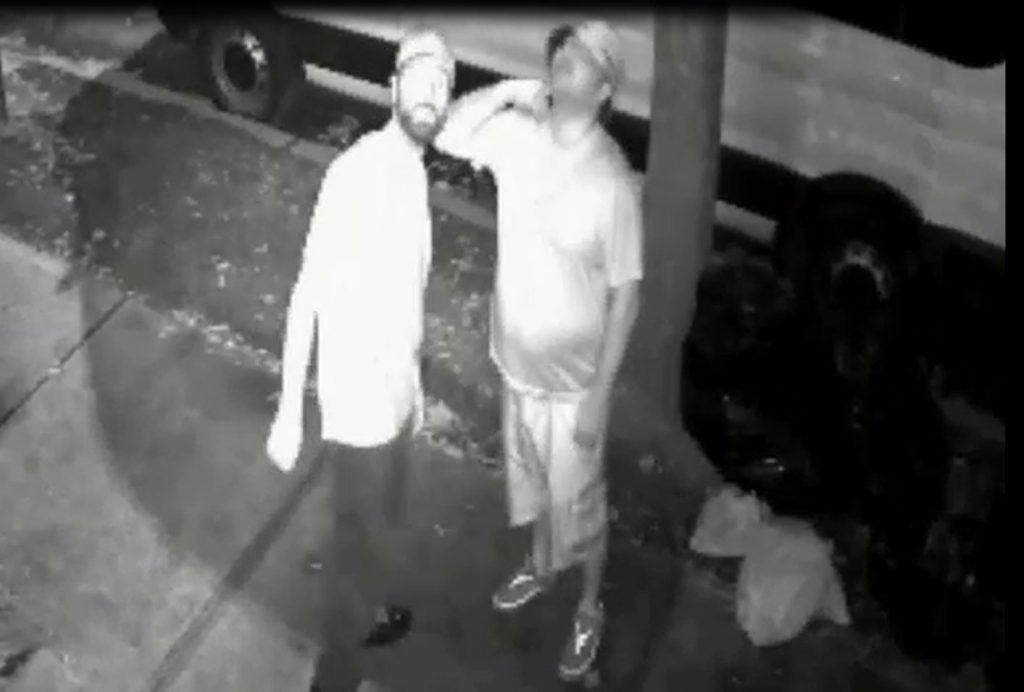 Police are asking the public for assistance in identifying two men who robbed a senior citizen in Boro Park last Friday night.

The incident occurred at around 9:30 p.m., in an apartment building at 50th Street and 15th Ave. The two thieves followed the 76-year-old victim into his building as he was returning from shul. Then, as the victim opened the door to enter his apartment, the men forced their way inside. Once inside the apartment, “one thing they asked: Where’s the money?” recounted the victim, who declined to give his name, in an interview on CBS2.

But the victim insisted he had no money. “A hundred times I told them: ‘Listen, my money’s in the bank.’ ”

The thieves – who, according to the victim, spoke in a “very gentle” manner – made the victim sit in a chair as they searched his home. They took $3, a fax machine and the victim’s house keys, before fleeing. The victim did not suffer any physical harm.

Images of the suspects were captured on security camera on the street and inside the building. One suspect is a white, bearded male, tall and slim; on the video, he is wearing a white t-shirt, black baseball cap, dark pants and dark shoes.

The second individual is a male, possibly Hispanic; seen on the video wearing a dark floppy hat, dark shorts and dark t-shirt.