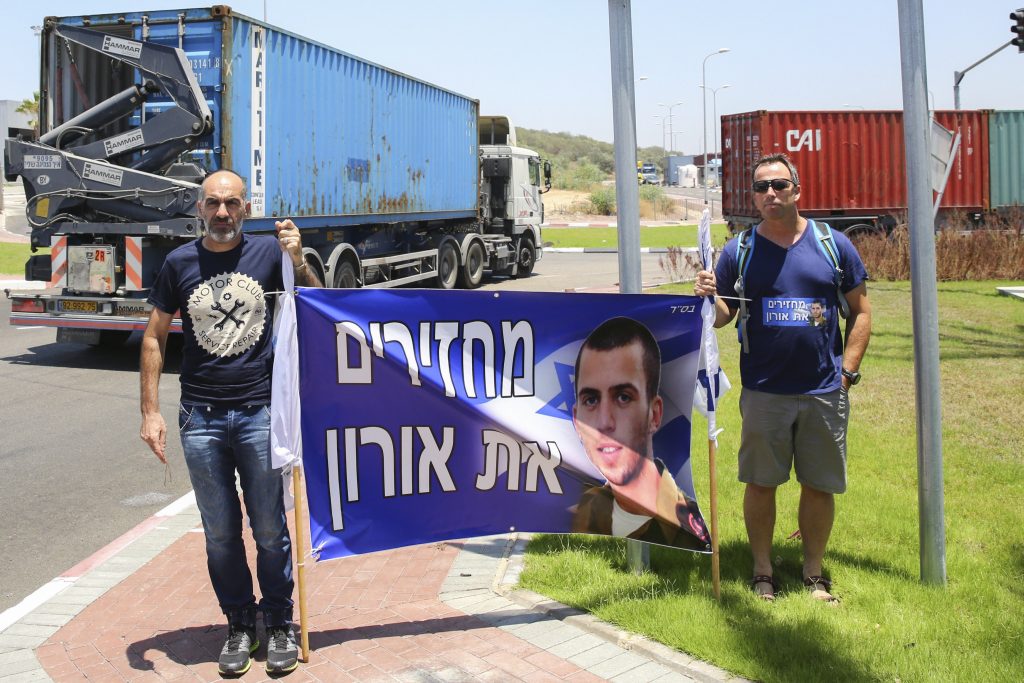 Family members of missing IDF soldier Oron Shaul, Hy”d, on Monday attempted to block a bus that was carrying terrorist prisoners. The incident occurred near Nafcha Prison. Family members and supporters blocked the road, holding signs and chanting demands that the government end all privileges for terrorist prisoners until their son was brought back to Israel.

The terrorists were on their way to visit family at another prison. After the High Court last week turned down three petitions against the Israel-Turkey reconciliation deal, families of the missing soldiers, including Shaul and Hadar Goldin, Hy”d, demanded that special privileges to Hamas terrorists in Israeli prisons be halted, and said they would carry out protests to prevent those privileges from being enacted.

A petition by the families to the High Court filed last week said that “it is unacceptable that terrorists would benefit from such generous conditions while Hamas refuses to return our sons. Hamas refuses to even grant the humanitarian visits and information they are required to under international law. Just last week, the cabinet established a panel that is supposed to examine ways to prompt Hamas to return our sons. The way the Prisons Service treats these terrorists is in complete contradiction of such prompting.”