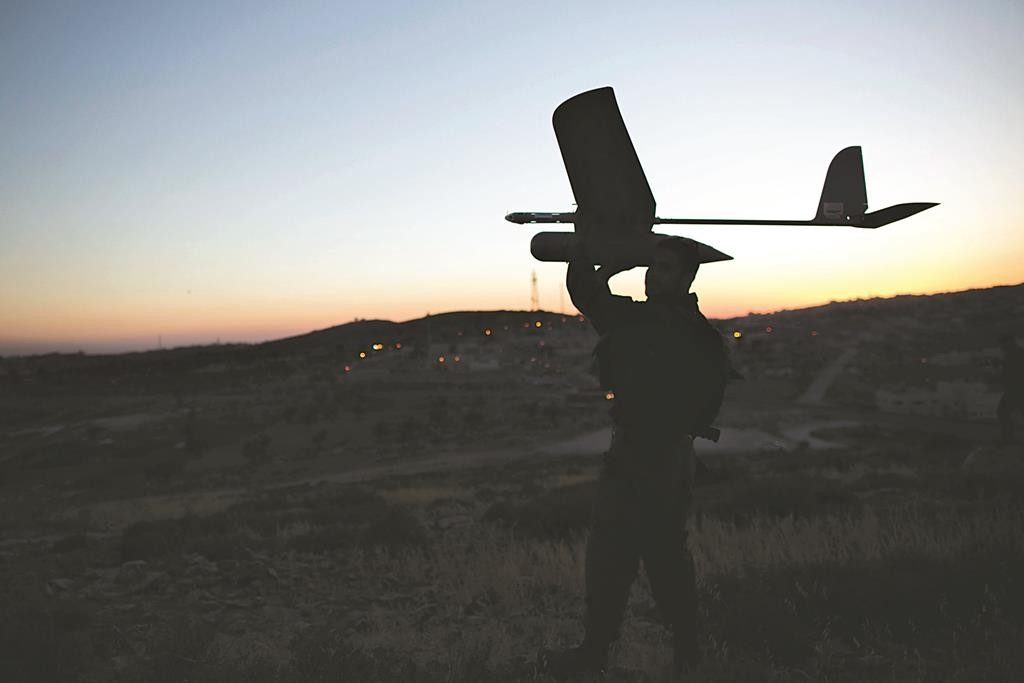 A former senior Israeli official, quoted by Bloomberg, said that Israel has conducted numerous drone attacks on terrorists in Sinai in recent years with Egypt’s blessing. He spoke on condition of anonymity to discuss confidential military activity.

The report came amid improved ties between the two countries which saw Egyptian Foreign Minister Sameh Shoukry travel to Israel and meet with Prime Minister Binyamin Netanyahu on Sunday. Shoukry’s visit was the first by an Egyptian foreign minister to Israel in nearly a decade.

Egypt was the first of a handful of Arab countries to recognize Israel with a U.S.-sponsored peace accord in 1979, but Egyptians’ attitudes to their neighbor remain icy.

Cooperation between the two governments has strengthened under Sisi, however, with Egypt facing Islamist terrorists in Sinai near its eastern neighbor’s border and both countries wary of Gaza’s Hamas Islamist rulers.

“The situation in the Middle East is becoming ever more volatile and dangerous, particularly as the phenomenon of terrorism continues to grow and proliferate, representing an existential threat to the peoples of the region and the world at large,” Shoukry said Sunday.

Col. Yehuda Hacohen, the commander of the IDF’s Sagi Brigade, stationed on the Egyptian border, told Army Radio last September that it would only be a matter of time before Islamic State’s affiliate in Sinai attempts to carry out a terrorist attack against Israel.

Israel has claimed that Hamas in Gaza has provided material support for Egyptian IS terrorists, as well as medical treatment for terrorists wounded in Egypt who have snuck back into Gaza.

Egypt has worked to stop the flow of terrorists between Gaza and Sinai, flooding the smuggling tunnels linking the two areas.