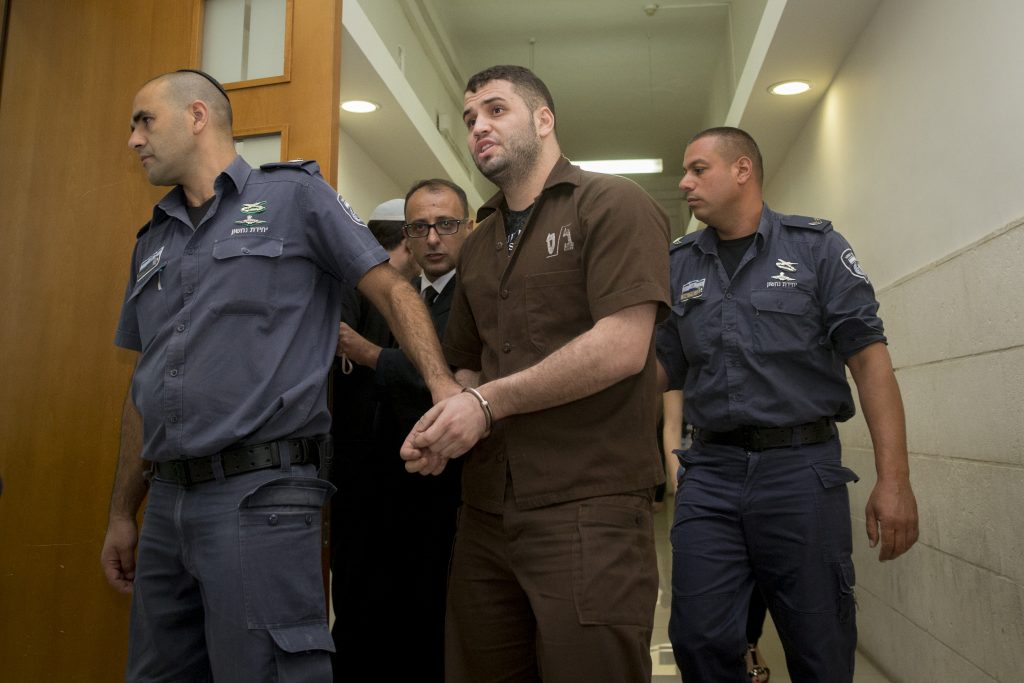 Balal Abu Ghanem, convicted of killing three people in a terror attack in the Armon Hanetziv neighborhood in October 2015, was sentenced to three life sentences plus an additional 60 years at the Yerushalayim District Court on Monday.

Ghanem, from Jabel Mukaber, an Arab neighborhood adjacent to Armon Hanetziv, was also ordered to compensate the victims’ families with NIS 250,000, to pay those wounded in the attack NIS 150,000 and to pay the driver of the bus he attacked NIS 100,000.

Ghanem was convicted last month of multiple murder and attempted murder charges for brutally murdering three Jews, Hy”d, and wounding 10 others in the bus attack.

Ghanem shot and killed Chaim Chaviv, 78, Alon Guberberg, 51, and Richard Lakin, 76 – who was critically injured and later died of his wounds – when he climbed onto a bus in Armon Hanetziv and opened fire. Along with an accomplice, Ghanem blocked the exits of the bus, ensuring that no one could get off.

State Prosecutor Uri Korb said that Ghanem “did not express regret for his actions.”

In its indictment, the District Attorney’s Office stated that Ghanem had been a Hamas supporter for several years when his accomplice in the murders, Baha Elian, told him he obtained NIS 20,000 to carry out a terrorist attack against Jews.

In January, Interior Minister Rabbi Aryeh Deri stripped Ghanem and his family, along with the families of three other terrorists, of their Yerushalayim residency permits. Rabbi Deri employed a rarely-used rule that allows the interior minister to strip an individual of residency status in “extreme” cases. In a statement, Rabbi Deri said that these cases certainly fit that description. “The actions of these four justify this action,” he said. “Residency status entails a basic responsibility and loyalty. Residency status does not, and cannot, provide privileges alone.”