Israel United Arab List Head: How Do I Get Rid of Zoabi?
Israel 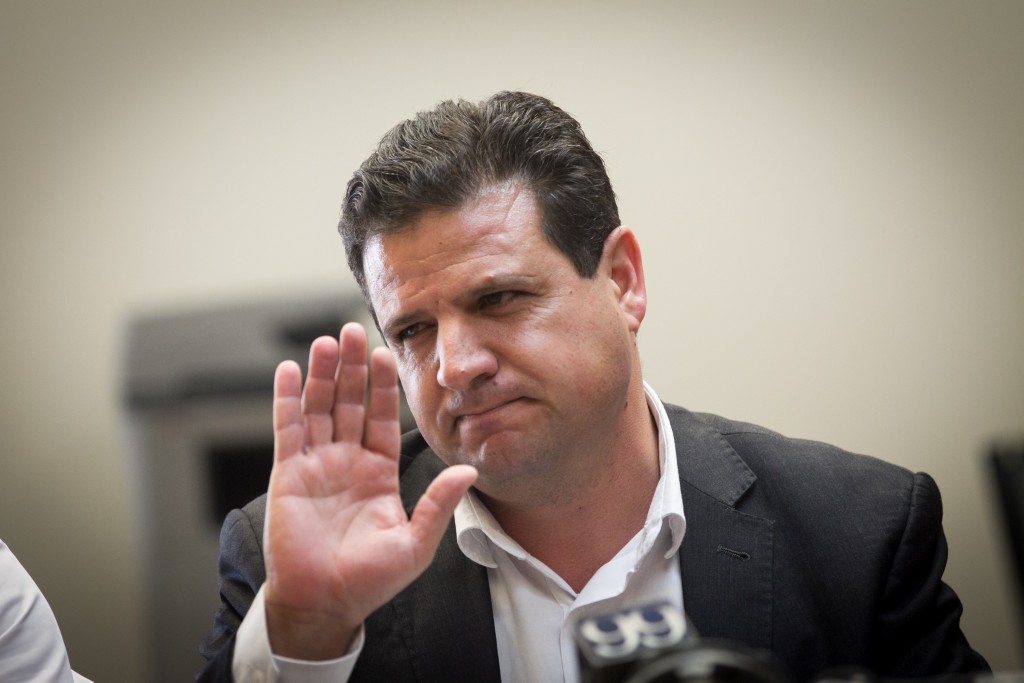 While Knesset members debate whether to ban her or just ignore her, United Arab List head Ayman Odeh is seeking to get Hanin Zoabi out of the party altogether, Channel Two reported Motzoei Shabbos. A report quoted Odeh as asking senior Knesset officials for advice on “how to get rid of her.” According to the report, Odeh told them that Zoabi “is causing us a great deal of damage. I want her out of the party.”

Zoabi has been the subject of much debate in the Knesset over extremely incendiary comments and statements that she has made over the years. Most recently, Zoabi said several weeks ago that IDF soldiers were “murderers” for killing nine Hamas-affiliated provocateurs who attacked IDF soldiers aboard the Mavi Marmara as part of the 2010 Gaza flotilla. Zoabi demanded that the Israeli government apologize to the Turkish “political activists” aboard the ship, including herself. At least 60 complaints on the comments were filed by MKs with the Knesset Ethics Committee.

In response, the Knesset has been considering a law to ban MKs who are accused of incitement against Israeli values or the IDF. Under the bill, MKs could sign a petition for the suspension of a fellow Knesset member if he violated the rules that were set in the Basic Law relating to Knesset members, namely, that he not do anything to harm the sovereignty of the State. After a petition is signed by 61 MKs, it would have to be approved by three quarters of the Knesset Control Committee. MKs could not be banned unless 90 of their fellows voted them out. The bill also provides for an appeal process, both within the Knesset and at the High Court.

However, even before that, MK Eitan Cabel suggested that the next time Zoabi gets up to speak, Knesset members should just get up and walk out. “To expect us to ignore her horrible talk is very difficult, because the passions she rouses in us are difficult to control,” Cabel said in a radio interview. On the other hand, booting her out of the Knesset would be playing into her hands, turning her into a political martyr that will just enhance her standing with voters who agree with her.