Israel Tekoa Shooting Attack Survivor: We Were Witness to a Miracle
Israel 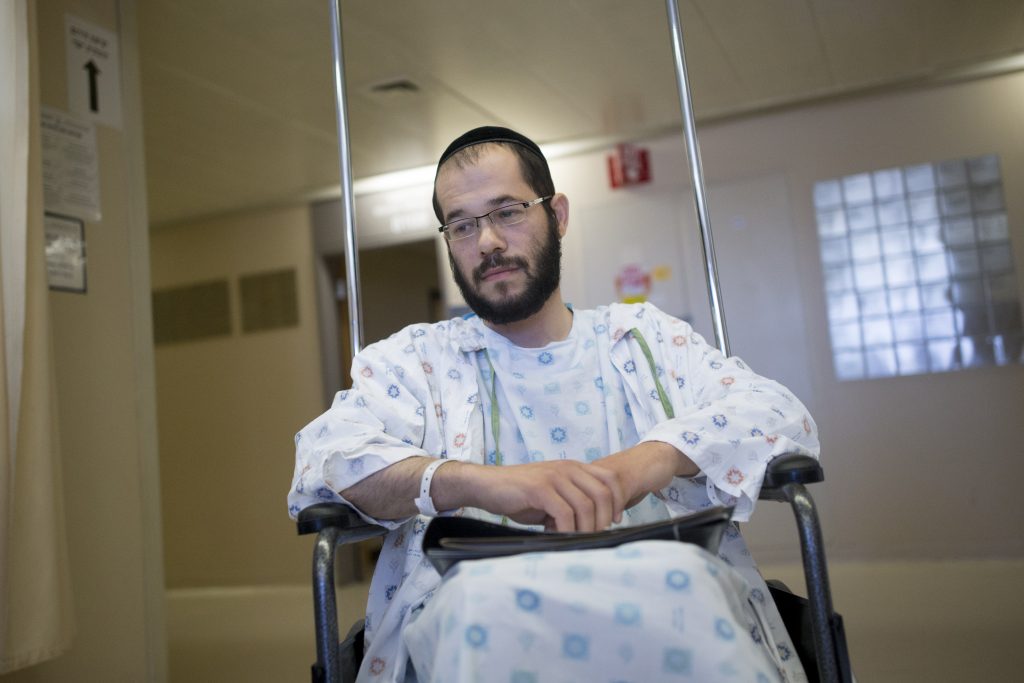 Eitan Finkel, 30, of Netivot, the survivor of the Motzoei Shabbos shooting attack near Tekoa, in Gush Etzion, spoke with reporters on Sunday, recalling the harrowing moments that nearly ended his life.

“We got to the ‘T’ junction in Gush Etzion. To my surprise, we saw a terrorist standing right across from us, carrying a gun, but he failed to shoot us. It was a tremendous miracle. Only after we turned did he open fire on our car. I managed to come out alive, and my wife screamed, ‘Drive, drive, hit the gas.’

“I asked my wife right away how the children are. I kept driving for another 10 minutes, until I saw an army jeep and stopped. During the whole drive I didn’t feel my leg, or that my shoe was filled with blood. My wife jumped out of the car and called the soldiers over, and from there I was evacuated to the hospital.

“It was clear that the terrorist’s plan was to shoot us all. Is this not a miracle? Hashem performed a big miracle for us.”

Finkel is now recovering from his wounds in the Shaarei Zedek hospital in Yerushalayim.

In response to the incident, Gush Etzion Regional Council head Davidi Perl said, “Enough is enough. The ‘lone wolf intifada’ took a short break and now it is back with weapons. The prime minister and defense minister must take drastic action to change the situation. We will not agree to a situation where Israelis are target practice for terrorists. We must restore security to all Israelis.”

Meanwhile, police and IDF soldiers continued to search for the shooter in the attack.

Also Motzoei Shabbos, an Islamic Jihad terrorist was killed when a terror tunnel collapsed on him in central Gaza. Local medical officials said that the victim was Ibrahim Almasri, 28.

Palestinian terrorists, especially those affiliated with Gaza’s Hamas rulers, store weapons underground and have used tunnels to carry out attacks inside Israel.

Since the beginning of this year, 14 members of Hamas have been killed in tunnel collapses due to flooding or cave-ins that have also been referred to as work accidents.

During the 2014 war, IDF troops destroyed more than 30 tunnels dug by Hamas. Hamas has since boasted that it has rebuilt the network.

Overnight Motzoei Shabbos, security officials said they arrested 8 wanted security suspects in other areas in Yehudah and Shomron. The suspects were wanted for participating in rioting and throwing stones and firebombs that endangered Israeli civilians and IDF soldiers. Several of the suspects were also charged with belonging to Hamas. All were being questioned on their activities by security forces.