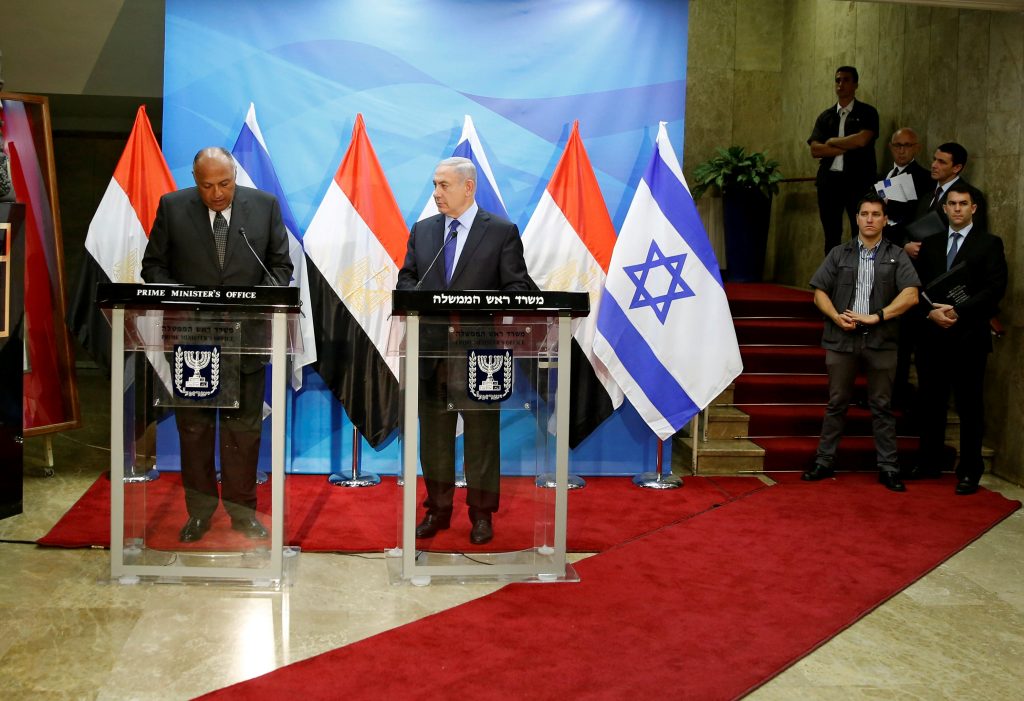 Speaking during a rare visit to Israel, the Egyptian foreign minister says Egypt remains a “steadfast and unwavering” supporter of the two-state solution to the Israeli-Palestinian conflict.

Sameh Shoukry’s trip to Yerushalayim Sunday is the first such visit since 2007. After decades of wars followed by a cold peace, Israel has emerged as a discreet ally to Egyptian President Abdel-Fattah a-Sisi.

Sisi recently called for the resumption of peace efforts between Israelis and Palestinians.

Egypt, followed by Jordan, are the only Middle Eastern countries to make peace with Israel.

In a press conference with Shoukry, Prime Minister Binyamin Netanyahu called on the Palestinians “to follow the courageous example of Egypt and Jordan and join us for direct negotiations.”