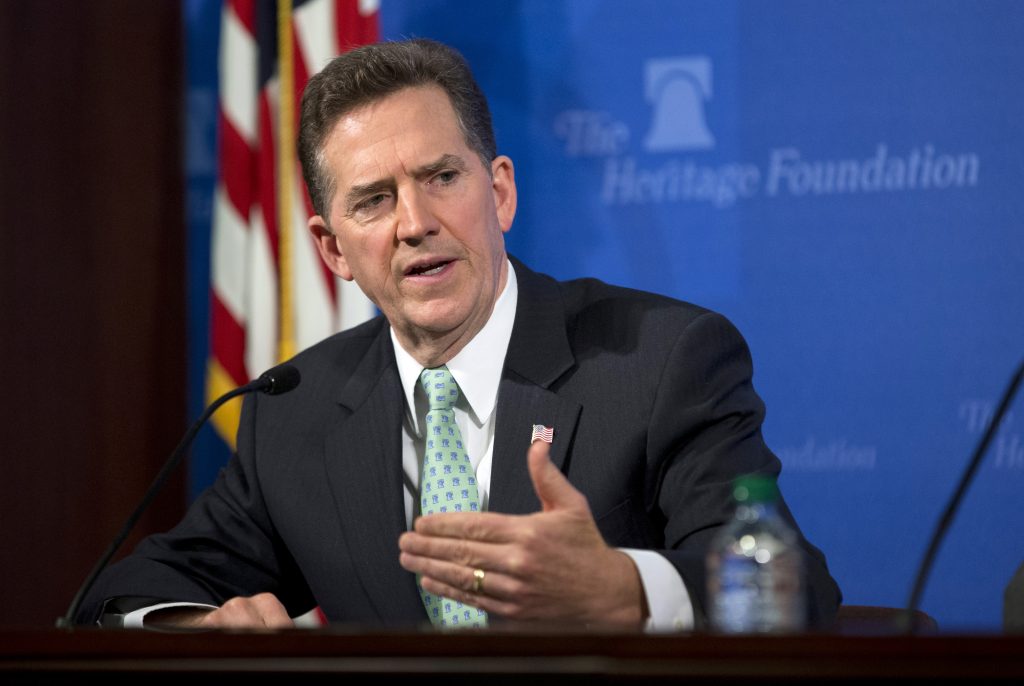 All the advocates of central planning and global governance are crying out against the threat Britain’s exit from the European Union supposedly poses to global order. It’s not order that is threatened, however, but control.

The corporate cronies of the world and their political stooges have hit a bump in the road on their way to consolidating global power. The common men and women of Britain have stood up against the most powerful corporate and political interests in the world and prevailed. Chalk one up for the good guys.

The so-called Brexit gives the American people and our brothers and sisters in Britain a chance to show the value of genuine economic freedom as well as what sovereign, friendly democracies can accomplish together. Now that Britain is freeing itself from the EU, she can set her own course and write her own rules.

We need places like Britain and the U.S. — and, indeed, all of America’s 50 states — to be diverse and to compete with each other. Friendly, voluntary competition and cooperation under the law makes us all stronger. Together, the U.S., the U.K. and other nations around the globe can negotiate true free trade areas — not to impose more regulations, but to promote the kind of competition that the crony capitalists hate.

Like the British frustration with Brussels, Americans continue to nurse a growing frustration with the cronyism and oppressive centralized power in Washington. We believe in opportunity for all, not bailouts and handouts for the favored few. We are increasingly alarmed about socialized health care, costly and paralyzing regulations, obscene debt and spending, and continuing false promises from the political class.

The citizens of the U.K. stood up and said, “Enough is enough.” It was a welcome response to the tone-deaf political and corporate establishment that increasingly controls the levers of power in the world. Americans should applaud the courage of the British and join them by rejecting federal encroachment in every aspect of our lives and the cronyism it nurtures.

Take, for example, the recent disclosure about the Boeing spending millions lobbying Congress in favor of the Iran deal (no one in Congress seemed to know the company had a huge financial interest in the lifting of sanctions). This deal compromised American, Israeli and world security by giving Iran a path to develop nuclear weapons while removing the economic sanctions that otherwise put pressure on Iran to negotiate.

We now know one of the reasons why Sen. Tom Cotton (R-Ark.) was the only vote against the procedure that allowed the Iran deal to move forward: Boeing and other monied corporate interests were flashing dollar bills and promising new American jobs if the Iran deal was approved. Unsurprisingly, it went through. Shortly thereafter, Boeing announced a $25 billion deal to sell intercontinental jets to the world’s foremost state sponsor of terrorism, for a state-owned airline frequently commandeered for military purposes.

And then the real kicker: At the same time Boeing was lobbying hard for the Iran deal so it could sell billions of dollars worth of airplanes, it was also lobbying hard for Congress to reauthorize the Export-Import Bank to enable the financing. Sweet deals for Boeing, and as usual, Americans got stiffed by their own government.

Thankfully, Sen. Richard Shelby (R-Ala.) is heroically blocking President Barack Obama’s nominee to the Ex-Im Bank board, preventing the bank from making its usual massive export subsidies to Boeing and other multinational conglomerates. But it will take freedom fighters in the Senate, House and statehouses across the country to really push back on centralized government and the cronyism it engenders, just as it will take more EU member nations to fight for their own destinies to bring down the bureaucratic machine.

Global companies such as Boeing, Wall Street banks, labor unions, central banks, and lovers of big government are bent on amalgamating sovereign nations into big, impersonal, political bureaucracies that will lead to globalized centralized control of values, economics and defense. The Brits stood up and said, “No.” G-d bless the United Kingdom, and long live the Queen!

Jim DeMint is the president of The Heritage Foundation. The South Carolina Republican was a U.S. Representative from 1999-2005 and a U.S. senator from 2005-2013.