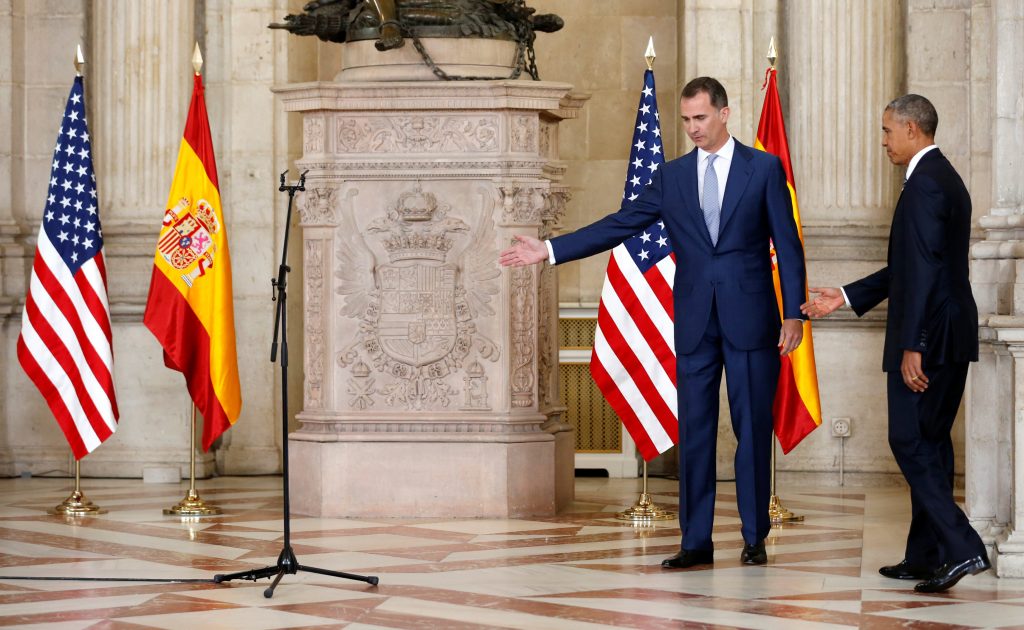 It took the White House more than seven years to lock in Spain on President Barack Obama’s foreign travel schedule. But events beyond Obama’s control are ensuring that his first and only visit to Spain, the largest European country that had yet to welcome the president, will be a rushed one.

Instead of spending two days sightseeing in southern Spain and tending to more pressing business in the capital of Madrid, the White House scrapped some of Obama’s events — including a staple of his foreign travels, a question-and-answer forum with young people — and crammed the rest of his schedule into Sunday.

Deadly shootings last week of black men by police in Louisiana and Minnesota, followed by the killings of five police officers by a sniper in Dallas, led Obama to make the unusual choice of returning to the White House late Sunday, a day earlier than originally planned.

Obama has been loath to tear up his schedule in response to previous acts of violence. In March, he attended a sports game in Cuba hours after a terrorist attack in Belgium spread fear across Europe. Similarly, after the coordinated assault on Paris last November, Obama participated in a global climate conference in the French capital.

He repeatedly has said that altering his plans would be tantamount to giving in to terrorists.

“This has been a tough week,” Obama said Saturday as he addressed the violence for the third time in as many days while in Poland, where he attended a NATO summit on the first stop of a two-country European trip. He rejected any notion that what happened marked a return to the racial brutality of a dark past in the U.S.

As painful as the killings were, he said, “America is not as divided as some have suggested.”

Obama received a red-carpet, airport welcome after he arrived in Spain late Saturday to open the last leg of what is likely his final trip to Europe before leaving office in January.

In a visit designed to highlight security cooperation, he planned separate meetings Sunday with King Felipe VI and acting Prime Minister Mariano Rajoy. Obama also was to tour the USS Ross, one of four guided-missile destroyers based at Naval Station Rota, a U.S.-subsidized, Spanish-owned port in the south, and address troops stationed there before the flight home.

Spain has been in a political stalemate for months, with Rajoy unable to garner the necessary support to form a new coalition government following a late-June election, the country’s second round of inconclusive balloting in the past year. Rajoy’s party also won an election in December, but no other major party was willing to help him form a government.

Obama addressed the political situation in an interview Saturday with the newspaper El Pais, saying he hopes Spain’s next government will be just as committed to strong relations with the U.S. and Europe. He said the world needs Spain’s contributions to the campaign against the Islamic State group, to counterterrorism efforts that prevent attacks and to its fellow NATO members.

“The relationship between Spaniards and Americans goes back centuries,” he said. “We’re connected by the ties of family and culture, including millions of Americans who celebrate their Hispanic heritage. Spain is a strong NATO ally, we’re grateful for Spain’s many decades of hosting U.S. forces, and we’re major trading partners.

“That’s why the United States is deeply committed to maintaining our relationship with a strong, unified Spain,” Obama said.

He said he has longed to return to Spain ever since he passed through while backpacking across Europe decades ago, during his 20s, but that the “horrific shootings in the United States require that I cut my time here short.”