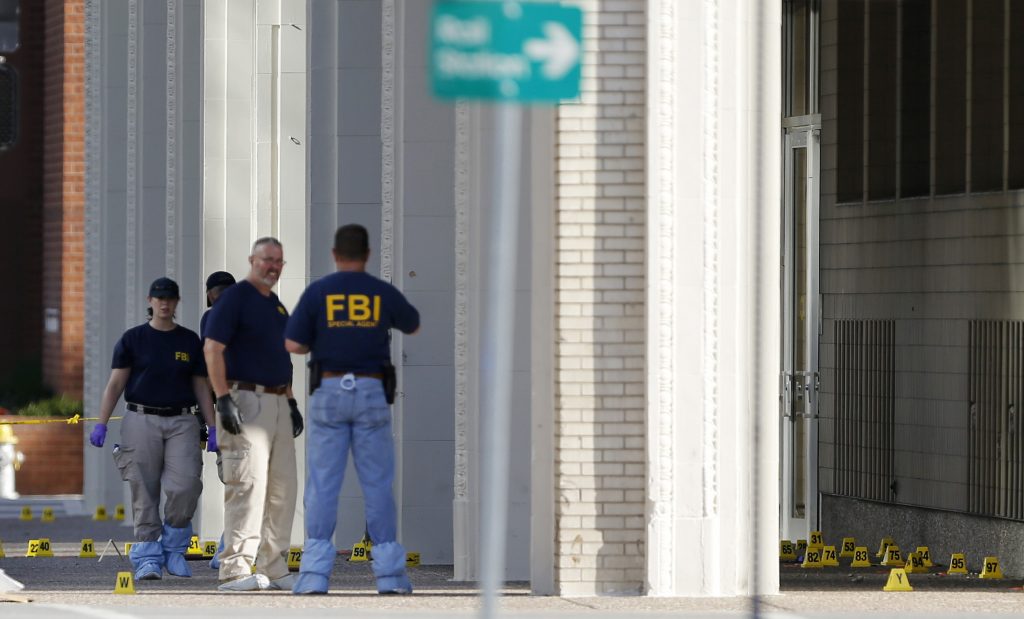 When Dallas police used a bomb-carrying robot to kill a sniper, they also kicked off an ethical debate about technology’s use as a crime-fighting weapon.

In what appears to be an unprecedented tactic, police rigged a bomb-disposal robot to kill an armed suspect in the fatal shootings of five officers in Dallas. While there doesn’t appear to be any hard data on the subject, security experts and law enforcement officials said they couldn’t recall another time when U.S. police have deployed a robot with lethal intent.

The strategy opens a new chapter in the escalating use of remote and semi-autonomous devices to fight crime and protect lives. It also raises new questions over when it’s appropriate to dispatch a robot to kill dangerous suspects instead of continuing to negotiate their surrender.

“If lethally equipped robots can be used in this situation, when else can they be used?” says Elizabeth Joh, a University of California at Davis law professor who has followed U.S. law enforcement’s use of technology. “Extreme emergencies shouldn’t define the scope of more ordinary situations where police may want to use robots that are capable of harm.”

Dallas Police Chief David Brown defended his department’s decision. “Other options would have exposed our officers to great danger,” he said.

Dallas Mayor Mike Rawlings applauded Brown for making “the right call” and said he would have no qualms about resorting to the same strategy in the future. “When there’s no other way, I think this is a good example,” he said. “The key thing is to keep our police out of harm’s way.”

Police have been using such robots for decades to dispose of suspected bombs and in hostage standoffs and fires. Meanwhile, militaries around the world have come to rely on their robotic friends to disable improvised explosive devices — a need that only increased with the U.S. occupation of Iraq following its 2003 invasion.

Many of the robots joining police forces are coming from a U.S. Department of Defense program transferring surplus equipment from the military. These exchanges have provided law enforcement agencies with robots such as Packbot made by Endeavor Robotics, the Talon from QinetiQ and the MARCbot made by Exponent.

But military experts said ground-level robots are rarely used to kill the enemy. Their main purpose is to detect and defuse bombs to save lives. Military robots are “fairly clunky and used best for reconnaissance rather than the offensive,” said Tom Gorup, an infantry veteran of Iraq and Afghanistan who’s now an official at the IT-security firm Rook Security.

Airborne robots are another matter. The U.S. military has sent remotely piloted drones to kill hundreds of people, including civilians, in counterterror attacks launched overseas since 2009, based on estimates released last week by the Obama administration.

How It (Probably) Worked

The robots working for police departments across the country range in size from devices as small as a dog bone to others as large as a truck. Some are little more than a mechanical arm mounted onto a vehicle and equipped with a video camera and two-way audio communications, according to William Flanagan, a retired deputy police chief from New York’s Nassau County who now does law enforcement and technology consulting. The most versatile robots can climb stairs and navigate other tight spots, such as this one made by Icor Technology.

Many models used by police are about the size of a backpack.

Flanagan speculated that police in Dallas probably equipped their robot with a low-powered explosive — possibly one similar to what bomb squads use to blow up suspicious packages — that would only disable what’s closest to it.

Dallas police didn’t respond to a request for further information about their use of the robot.

Robotics expert Peter W. Singer, of the New America Foundation, said the killing marked the first instance he’s aware of in which police have used a robot to lethal effect. But when he was researching his 2009 book “Wired for War,” a U.S. soldier told him troops in Iraq sometimes used surveillance robots against insurgents, he added in an email Friday.

William Cohen, a former Exponent employee who helped design the MARCbot, said that robot was built to save lives instead of ending them. Although he was relieved the killing of the armed suspect in Dallas assured that no other police officers or bystanders would be harmed, Cohen says he’s worried about what might happen next.

“It opens a whole new set of questions of how to deal with these kinds of situations,” Cohen said. “Where are the police going to draw the line when trying to decide between continuing to negotiate and doing something like this?”