National Around 100 Arrested In Minn. as Protesters Shut Down Interstate 94
National 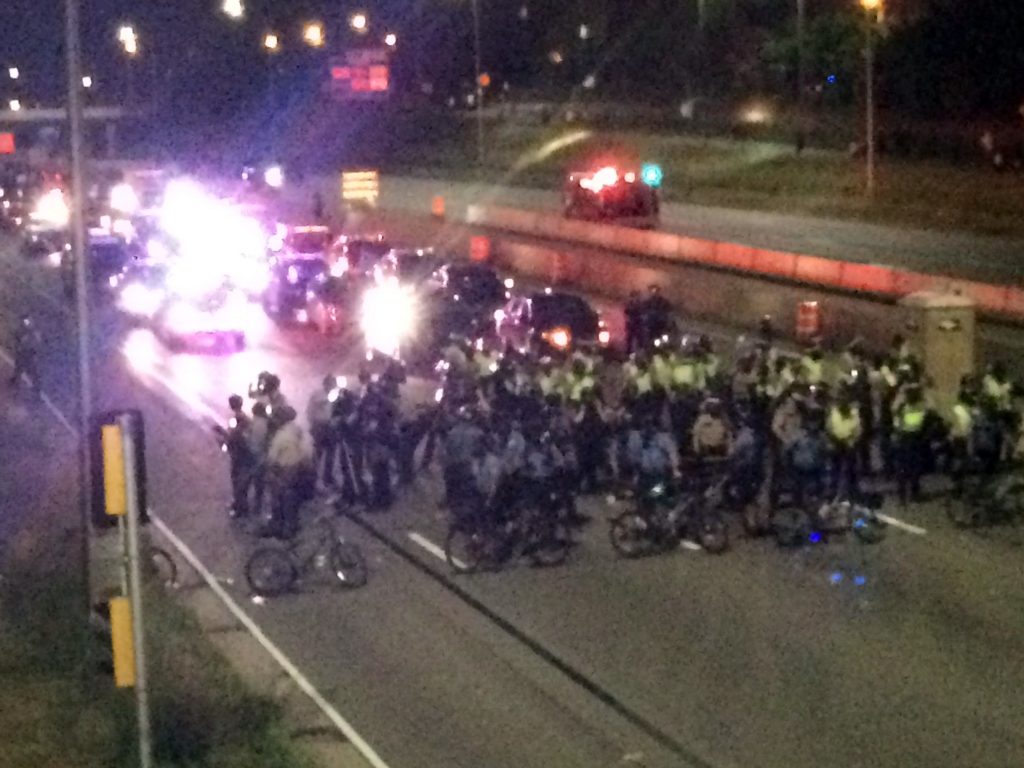 Police arrested about 100 people in the Minnesota capital of St. Paul during protests over the recent police killings of black men, including one in a nearby suburb.

Police used smoke bombs to clear more than 200 people blocking Interstate 94, the main highway in and out of the Twin Cities of Minneapolis and St. Paul. Protesters pelted police in riot gear with rocks, bottles, firecrackers and other objects, and they refused to get off the highway, prompting officers in riot gear to move in just after midnight.

Roughly half of the arrests happened during that standoff. Most of the others happened early Sunday in another part of St. Paul.

“I guess I wasn’t moving fast enough for him,” said Martin, who said the officer was six feet away when he sprayed him without warning. “He just got it out and bam, I saw a cloud. It’s burning pretty bad.”

A leader on a loudspeaker urged the group to march to the governor’s mansion, where protesters have been gathering since the fatal police shooting Wednesday of a black driver, Philando Castile, in the suburb of Falcon Heights. The 32-year-old school cafeteria supervisor told officers during a traffic stop that he had a gun in the car and a permit to use it, and one of them shot him when he reached for his wallet, according to his girlfriend, who live-streamed video of the immediate aftermath on social media.

Tyree Johnson, a protester who said he was Castile’s cousin, said officers on the highway fired pellets and gas in his direction.

Misty Macon, 20, of St. Paul, said the protest was mostly peaceful, though at least one protester aimed a firework at an officer. She said she saw about 30 people being peacefully taken away by officers, who said they warned protesters they would be subject to arrest if they didn’t leave the interstate, which reopened early Sunday.

The protest, which started with a march from the governor’s mansion around 8 p.m., was among several demonstrations nationwide that stemmed from the deaths of Castile and Sterling, who was shot after scuffling with the officers outside a convenience store.

The night after Castile was killed, authorities say a black Army veteran attacked police at a protest in Dallas over the killings of Castile and Sterling. Investigators say the attacker, Micah Johnson, killed five officers and wounded seven others and two civilians before police cornered and killed him in a parking garage using a robot-delivered bomb.

Sterling’s and Castile’s families denounced the attack on the Dallas officers.