National After 20 Years, Healing and Heartache From TWA Flight 800
National 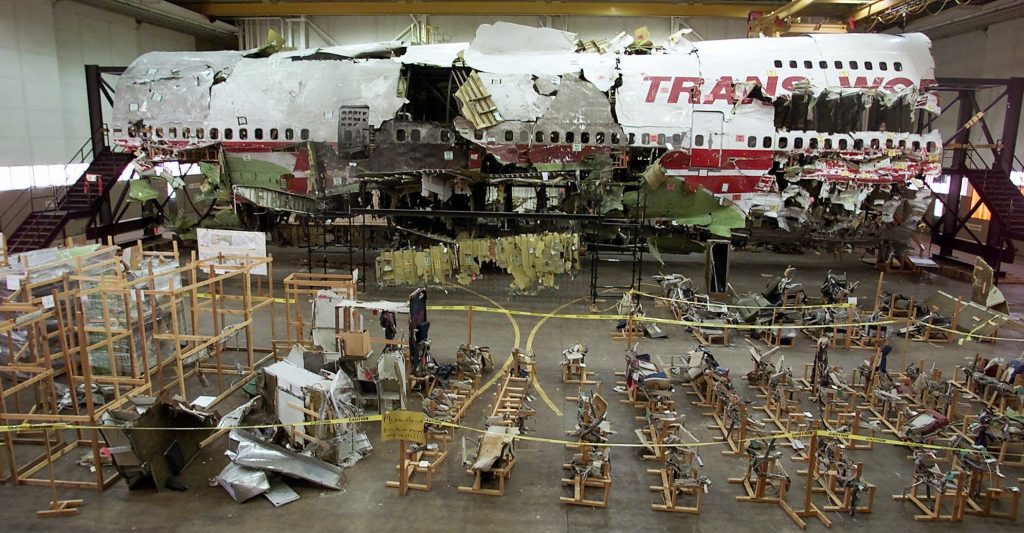 For many who lost loved ones from TWA Flight 800, the passage of 20 years has helped them carry on. Others say they will never get over the heartache from what remains one of the most hotly debated air disasters in history.

Soon after the Paris-bound flight took off from John F. Kennedy Airport in New York on July 17, 1996, the Boeing 747 exploded off Long Island, killing all 230 aboard and leaving a surreal, fiery crash site on the water.

Some still question the findings that the jet airliner was brought down by a center fuel-tank explosion ignited by a spark from a short-circuit — a conclusion reached after investigators painstakingly reassembled the wreckage like a jigsaw puzzle.

Naysayers contend witnesses saw a missile hit the plane, something the National Transportation Safety Board has consistently rejected.

“Let it go,” says John Seaman, whose niece died in the crash and who has led an organization of victims’ families since the crash.

“It’s time to take a deep breath and reflect,” he said. “I think the passage of time is helpful. It allows some of us to forget a lot of the details. The loved ones are not forgotten. To us, it’s about healing.”

As the 20th anniversary approaches, The Associated Press interviewed some of those touched by the tragedy:

Among the most heart-wrenching tragedies were the deaths of 16 teenagers and five chaperones, part of a high school French club from Montoursville, Pennsylvania.

Stephanie Bedison, who retired after a 30-year career as a teacher at Montoursville High School in 2014, recalled the immediate hours after the tragedy. “We were stunned more than anything,” she said, adding that, “For some of us it will never be normal again.”

A memorial service is set for Saturday at the high school.

Some who lost classmates 20 years ago are now teachers at Montoursville High School, where a memorial garden is still tended by students.

“Those staff members can help answer questions the young students might have,” Bedison said. “Those memories won’t be lost.”

The Rev. Mychal Judge, the Fire Department of New York’s chaplain, raced to a hotel near Kennedy Airport where families had gathered after the crash.

“He got to know the families, he prayed with us” said Seaman, of the Families Association. “He was a great consolation.”

Judge is the only person other than the victims who is remembered at a memorial built at Smith Point County Park on Long Island, near the crash site.

Judge joined relatives for a memorial service every year through 2001. “Every year that you come here, you make this spot more blessed and more sacred if that’s possible,” he told them at the park.

Six weeks after the 2001 service, he died in the 9/11 attacks on the World Trade Center.

Steve Tarolli and David Goldstein were among dozens of divers who responded to the air disaster. Over many months, the Suffolk County police officers joined FBI, State Police, Navy and other divers in the recovery.

Tarolli immediately encountered 100-foot flames as his boat maneuvered through the debris field recovering bodies that first night. “We knew we were just going to try to give them as much dignity in the recovery process as we could,” he said.

Goldstein said the experience made him a better diver. “We all know how to dive. We just never dove on an exploded 747 before,” he said. Twenty years on, “you think about those people that died and those families that have to deal with that. Suddenly your problems are not so big anymore.”

Lisa Michelson’s 19-year-old son, Yon Rojany, was aboard Flight 800 on his way to Italy, where he hoped to play pro basketball.

She is among those who still don’t accept the official explanation that the crash was accidental, saying she believes witnesses who contend they saw a missile strike the airliner.

“It’s a terrible cover-up,” she said in a telephone interview from her home in Los Angeles. “I don’t know why. Maybe because the Olympics were that year, or it was an election year and (President Bill) Clinton didn’t want to have a terrorist attack on U.S. soil.”

Michelson said she intends to attend this year’s memorial service on Long Island.

“I go because I’m with people who understand,” she said. “When I was there the last time there was a woman who came up to me and just held me. That was so meaningful to me.”

He fondly recalls Epps as a young English teacher in Cicero, Illinois, in the mid-1960s, when she encouraged him to join the drama club after seeing him play bass guitar in a band.

“She was wonderful; she was a young, beautiful teacher at the time,” he told The Associated Press in a telephone interview. “I would not be exaggerating to say she was one of the five most influential people in my career.”

Van Epps, who was 58 and on Flight 800 headed to a vacation in France, had also taught at Edgemont High School north of New York City. Colleague Liz Schutt remembered her generosity. “If a student couldn’t afford a … dress, she got it for them.”

Fittingly, she said, the Lois Van Epps Scholarship has awarded $147,000 to 89 Edgemont seniors since the crash.