World Iraq PM Says Key Base Taken Back From IS
World 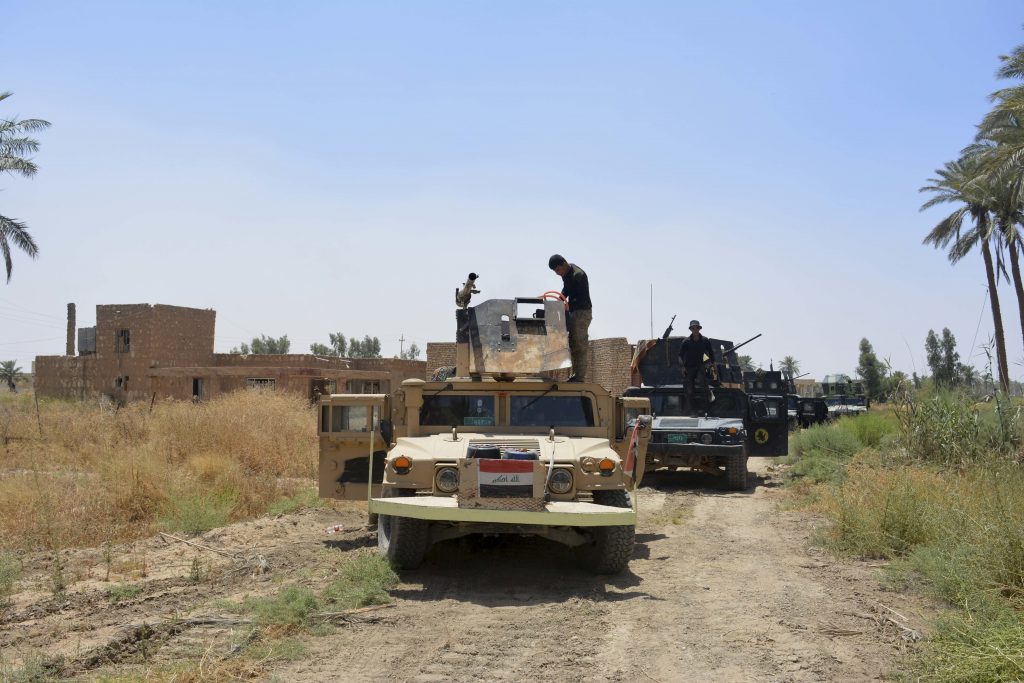 Iraqi forces recaptured a northern air base from Islamic State on Saturday, a victory hailed by the prime minister as a key step ahead of the long-awaited operation to retake the northern city of Mosul.

In a statement issued on his website, Prime Minister Haider al-Abadi described the air base in the town of Qayara as an “important base to liberate Mosul,” and called on Mosul residents “to get ready for the liberation of their areas.”

Mosul, Iraq’s second largest city, fell to IS terrorists in the summer 2014, when the terrorist group captured large swaths of northern and western Iraq. In late March, Iraqi forces launched an operation aimed at dislodging IS from areas to the south and southeast of Mosul and gradually cutting off the city’s supply lines.

But retaking Mosul itself is not likely to come anytime soon. It will be an enormous undertaking for Iraqi troops, even though they are backed by airstrikes from the U.S.-led coalition and have been joined by pro-government fighters — mostly Shiite militias.

In the mostly Sunni province of Anbar, west of Baghdad, government troops on Saturday consolidated their grip on the provincial capital of Ramadi, retaken from the IS last year, when they captured two villages just north of the city.

The IS group was pushed out of the Anbar city of Fallujah last month after holding it for more than two years.

But despite recent territorial losses in both Iraq and Syria, where the group has established its self-proclaimed caliphate, IS has demonstrated its continued ability to launch offensive attacks in Iraqi government government-held territory and beyond. The terrorists still hold large pockets of territory in northern and western Iraq.

Last Sunday, a massive truck bombing in Baghdad killed over 250 people in a predominantly Shiite neighborhood — the deadliest attack in Iraq since the 2003 U.S.-led invasion. And late Thursday, an attack at a Shiite shrine north of Baghdad killed 37 people. IS has claimed responsibility for both attacks.

On Friday, the prime minister accepted the resignation of Interior Minister Mohammed Salem al-Ghabban. Hours earlier the prime minister fired Baghdad’s security chief over the attacks that hit in or near the capital during the past week.

Al-Abadi described the recent attacks as the terrorists’ response to Iraq’s “great victory in Fallujah, which stunned the world.”