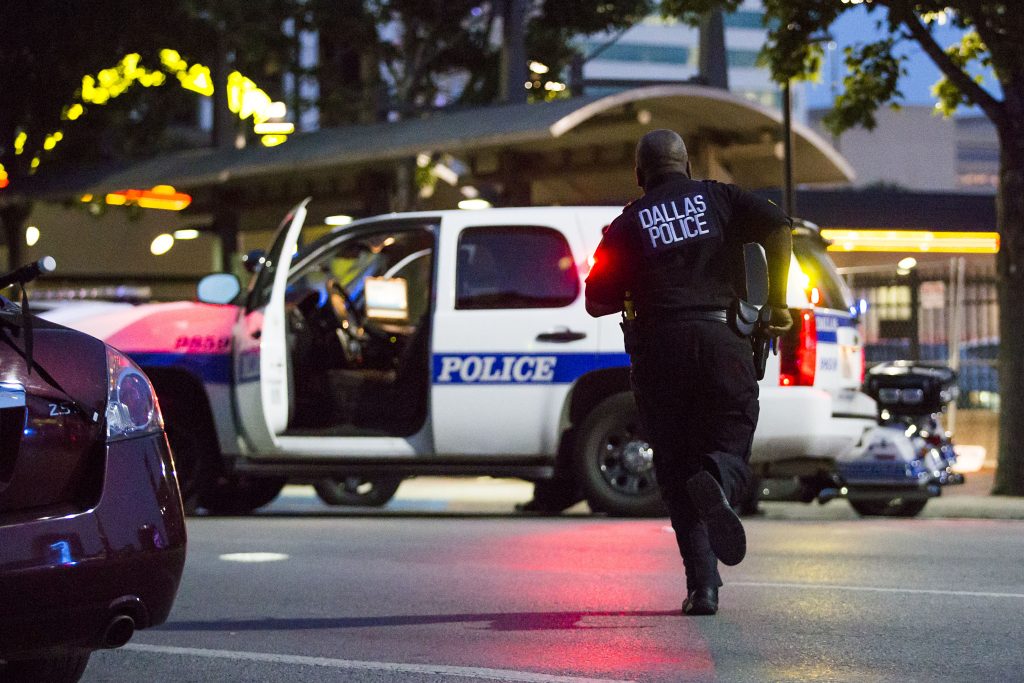 The black Army veteran who fatally shot five police officers during a protest in downtown Dallas was described as a loner who followed black terror groups on social media. A look at what else is known about 25-year-old Micah Johnson:

Police said Johnson donned a protective vest and used a military-style semi-automatic rifle when he opened fire during a protest Thursday night over fatal police shootings of black men in Minnesota and Louisiana.

In addition to the five slain officers, seven officers and two civilians were wounded.

After the shootings, Johnson tried to take refuge in a parking garage and exchanged gunfire with police.

Dallas Police Chief David Brown said that before police killed him with a robot-delivered bomb, Johnson told negotiators that he was acting alone and was unaffiliated with any group.

The chief said Johnson cited the recent shootings of black men by police and said he was “upset with white people and wanted to kill white people, especially white officers.”

Johnson had amassed a personal arsenal at his home in the Dallas suburb of Mesquite, including bomb-making materials, rifles, ammunition and a journal of combat tactics, authorities said.

Johnson served in the Army Reserve for six years, starting in 2009, and did one tour in Afghanistan from November 2013 to July 2014, the military said. He was a private first class with a specialty in carpentry and masonry.

Bradford Glendening, the military lawyer who represented him, said Johnson was set to be removed from the Army in September 2014 because of the incident but instead got an honorable discharge months later — for reasons Glendening can’t understand.

“Someone really screwed up. But to my client’s benefit,” said Glendening, who added he was sure Johnson was “the black sheep of his unit.”

Johnson followed black terror groups on social media, including one that posted a message Wednesday encouraging violence against police.

Johnson’s social media photo showed him wearing a dashiki and raising his fist over the words “Black Power,” and his cover shot carried the red, black and green Pan-African flag.

It wasn’t immediately clear if Johnson had any connection to the Black Lives Matter movement, which has disavowed violence against police.

Johnson was believed to have shared a two-story tan brick home in Mesquite with family members, who didn’t immediately comment on the attack. He graduated from John Horn High School in Mesquite, where he was a ROTC member, school district officials said.

Sharon Carter, who works in the district’s registrar’s office and lives near Johnson’s home, said Johnson was described as “standoffish” in high school.

“He kept to himself,” she said.

He had no criminal history, according to authorities. Local court records show his parents were divorced in 1996.