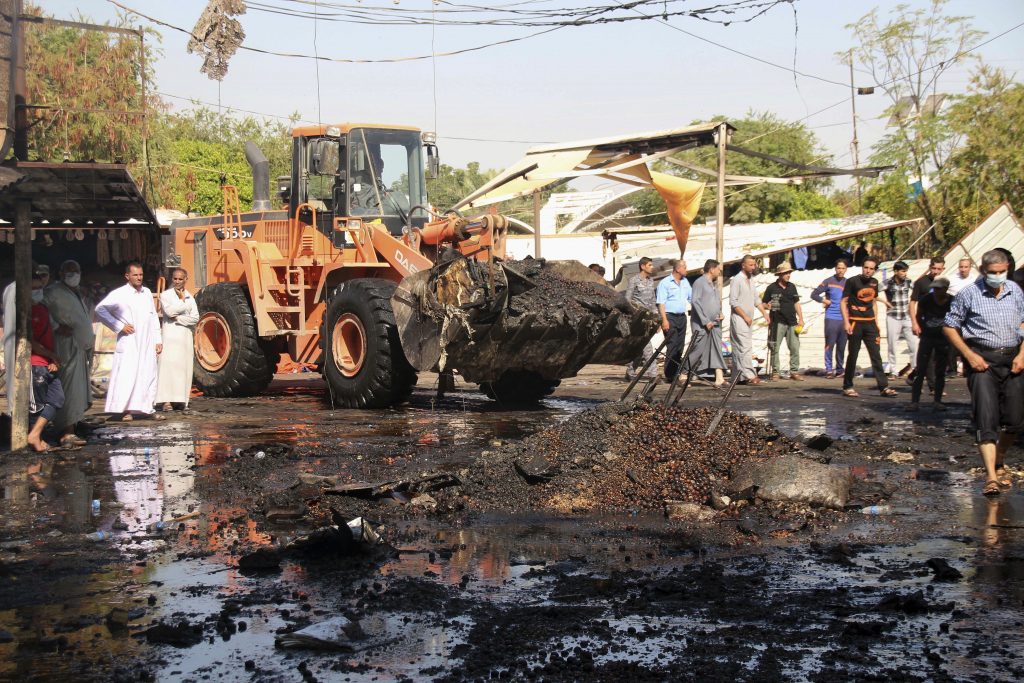 Prime Minister Haider al-Abadi fired Baghdad’s security chief Friday following a series of attacks, including one at a Shiite shrine that killed 37 people and was claimed by terrorists from the Islamic State group.

Anger at the government is running high among Iraqis following a large-scale car bombing Sunday that killed nearly 300 people.

That attack was followed Thursday night by mortar fire on the Sayyid Mohammed shrine and a nearby market in Balad, 50 miles north of the Iraqi capital.

A suicide bomber first targeted police guarding the shrine’s entrance. That allowed a second bomber to push into the courtyard with nine gunmen who targeted security forces and civilians gathered inside to celebrate Eid al-Fitr, which marks the end of the month of Ramadan.

A third bomber was killed before he detonated his explosives, police said.

In all, 37 people were killed and 62 wounded, according to police and hospital officials who spoke on condition of anonymity because they were not authorized to talk to the media.

IS claimed responsibility for the shrine attack in an online post. The Associated Press could not verify the authenticity of the statement, but it appeared on a website commonly used by the terrorists.

Al-Abadi fired the commander of Baghdad Operations, a statement from his office said, as the embattled prime minister faced growing protests stemming from Sunday’s massive car bombing, one of the deadliest since the 2003 U.S.-led invasion of Iraq. The statement said other security and intelligence officials also were fired, but it did not identify them.

Many Iraqis blame the political leadership for security lapses that allow such violence to happen in territory far from the front-line fighting against IS.

Small-scale bombings occur on a near-daily basis in Baghdad. In May, a string of larger attacks, many of them claimed by IS, killed more than 200 people in a single week.

After the Baghdad attack, al-Abadi announced new security measures, but it was unclear if any have been implemented.

Interior Minister Mohammed Salem al-Ghabban submitted his resignation Tuesday, but al-Abadi has not accepted it.

Islamic State was pushed out of Fallujah last month after holding the city just west of Baghdad for more than two years. Despite a series of defeats, IS terrorists still hold pockets of territory in northern and western Iraq, including the second-largest city of Mosul.