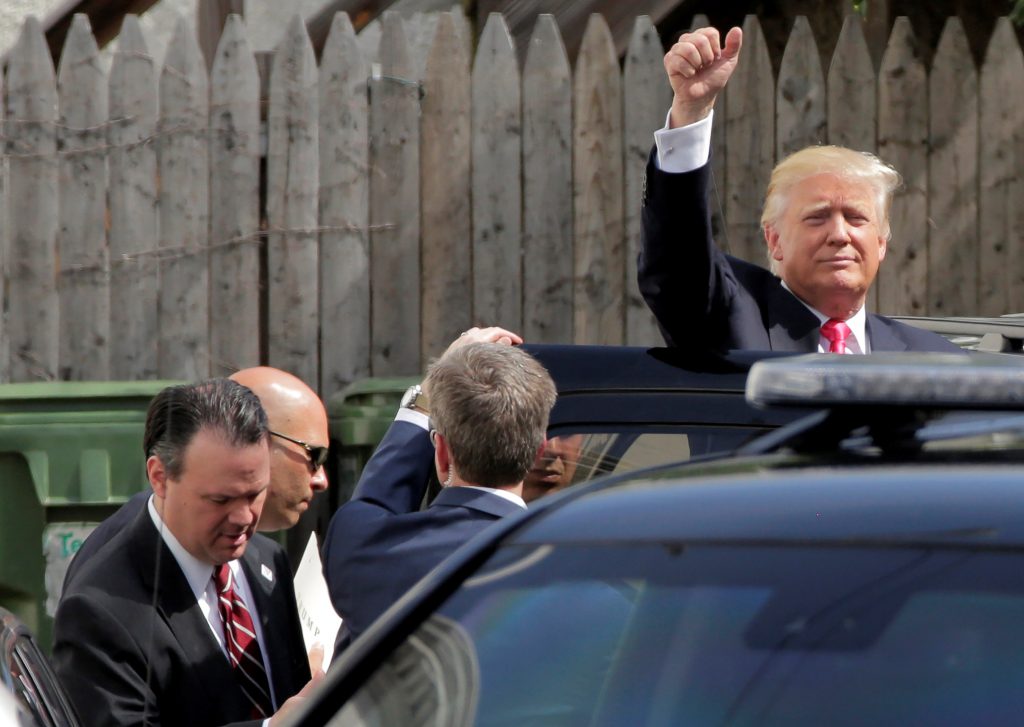 Donald Trump endured some blunt exchanges when he met Republican members of Congress on Thursday but several lawmakers, including past critics, emerged with encouraging words about their presumptive White House nominee.

Republican aides cited good attendance from both houses of Congress at the two closed-door meetings, even though some lawmakers made a point of staying away, citing previous commitments.

Trump drew 41 of 54 Republican senators to the U.S. Senate meeting where Trump called out three senators who had been critical of his candidacy, according to Republican aides familiar with the meeting.

Trump campaign manager Paul Manafort said the meetings with lawmakers were positive and productive, adding characterizations of discord “attributed to unnamed sources, are wholly inaccurate.” “The Members were in total agreement with Mr. Trump of the need to unite the Party and work together to win the Presidency and keep a Republican Congress.”

Trump also met privately with Senator Ted Cruz, his former rival for the Republican nomination. They did not discuss an endorsement but Trump did ask Cruz to speak at the Republican National Convention in Cleveland the week of July 18 and Cruz accepted, said Cruz spokeswoman Catherine Frazier.

At the first session on Thursday, with members of the House of Representatives, Trump shared a hug with House Speaker Paul Ryan, a Republican who has often criticized Trump even while endorsing him, lawmakers said.

The Washington Post reported details of a combative exchange between Trump and Senator Jeff Flake, an Arizona Republican who has expressed concern that Trump’s comments on immigration will cause Hispanic voters in the state to reject him.

When Flake stood up and introduced himself, Trump told him, “You’ve been very critical of me,” the Post said.

“Yes, I’m the other senator from Arizona — the one who didn’t get captured — and I want to talk to you about statements like that,” Flake responded, referring to Trump’s past dismissal of Senator John McCain’s record as a prisoner during the Vietnam war.

The senator urged Trump to stop attacking Mexicans; Trump predicted that Flake would lose his re-election, at which point Flake informed Trump that Flake was not up for re-election this year.