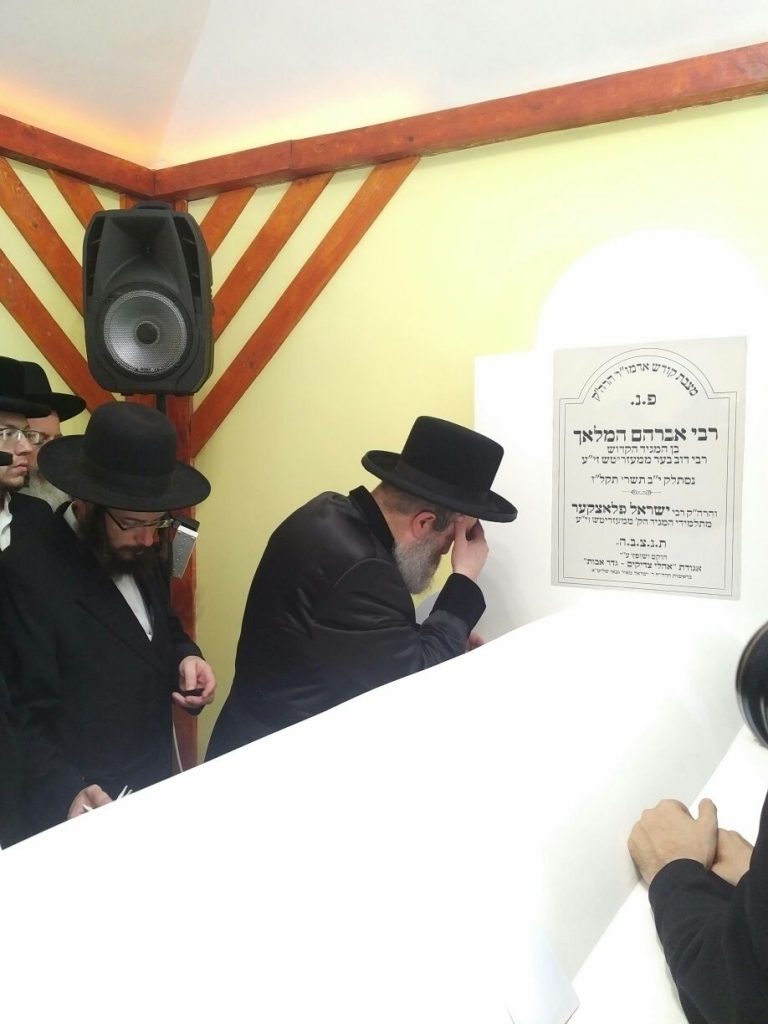 The Sadigura Rebbe, shlita, a descendant of Harav Avraham Hamalach, zt”l, son of the Mezritcher Maggid, zt”l, traveled Thursday to Ukraine, to lead the dedication of the new ohel on the kever in Pastov, Ukraine.

The event was also attended by over one hundred askanim of the Shlomei Emunim faction of Agudas Yisrael.

Upon entering the ohel, the Rebbe davened at the kever, and then expounded on the sanctity of the kever, and said that this is an appropriate place to daven for ruchniyus, as Harav Avraham Hamalach was only ruchniyus.

Later, the Rebbe recited Tehillim, based on the order of pirkei Tehillim prescribed by the first Sadigura Rebbe, based on the words of his grandfather, Harav Avraham Hamaggid.

From there, the Rebbe will travel on to Belgium to take part in an event marking twenty-five years of the Tchortkover kloiz in Antwerp on Sunday. The other Rebbes of the Ruzhin dynasty will also attend.