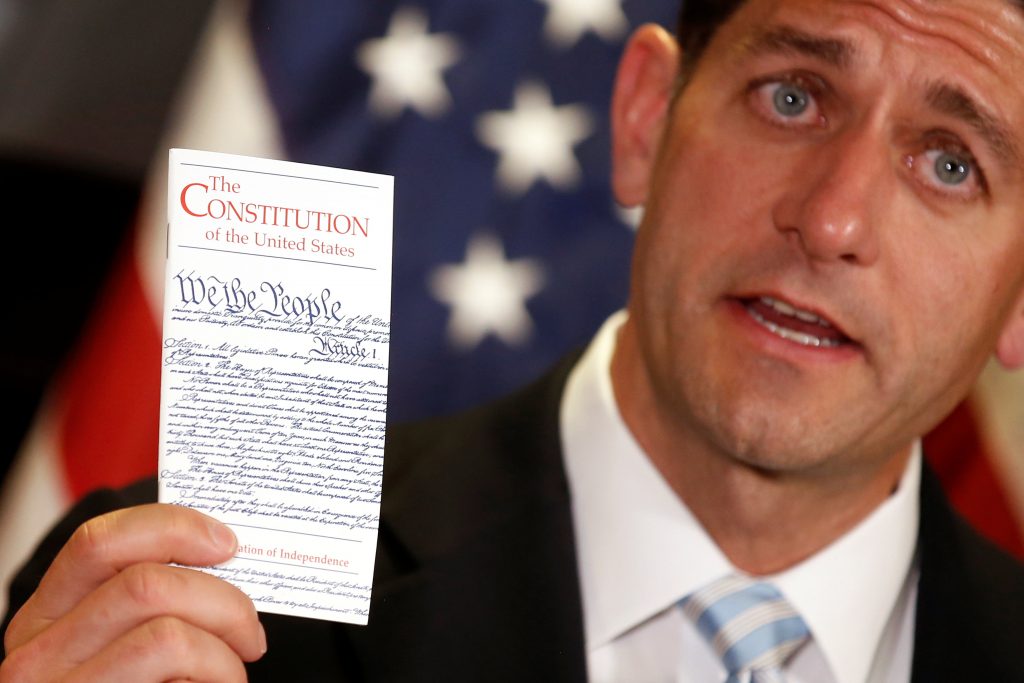 Top Republicans in the Congress pressed for sanctions on Thursday against Democratic presidential candidate Hillary Clinton for mishandling classified information, with House Speaker Paul Ryan formally asking she be denied such information during the campaign.

Ryan, the top Republican in the House of Representatives, sent a letter to Director of National Intelligence James Clapper saying that denying Clinton access to classified information would be an appropriate sanction for her mishandling of classified data while she was secretary of state.

The calls for sanctions against Clinton come after FBI Director James Comey rebuked her on Tuesday for “extremely careless” handling of classified information while using private e-mail servers for business while secretary of state during President Barack Obama’s first term.

Republican lawmakers and Republican presidential candidate Donald Trump have expressed outrage that the case was not being pursued.

Ryan, in a letter dated Wednesday, formally asked Clapper to “refrain from providing any classified information to former Secretary of State Hillary Clinton for the duration of her candidacy for president” because of the FBI’s findings. The letter was obtained by Reuters from a source familiar with the matter.

Ryan, a Republican vice presidential candidate in 2012, said he was aware Clinton would begin receiving classified intelligence briefings after the Democratic National Convention if she is formally nominated as expected. Presidential candidates are customarily provided such briefings.

Republican senators, including former Republican presidential candidate Marco Rubio, said in their letter to Kerry that it was clear from Comey’s comments on Tuesday that Clinton and her aides should have their security clearances immediately suspended if they still have them.

“There is simply no excuse for Hillary Clinton’s decision to set up a home-cooked e-mail system which left sensitive and classified national security information vulnerable to theft and exploitation by America’s enemies,” the letter said.