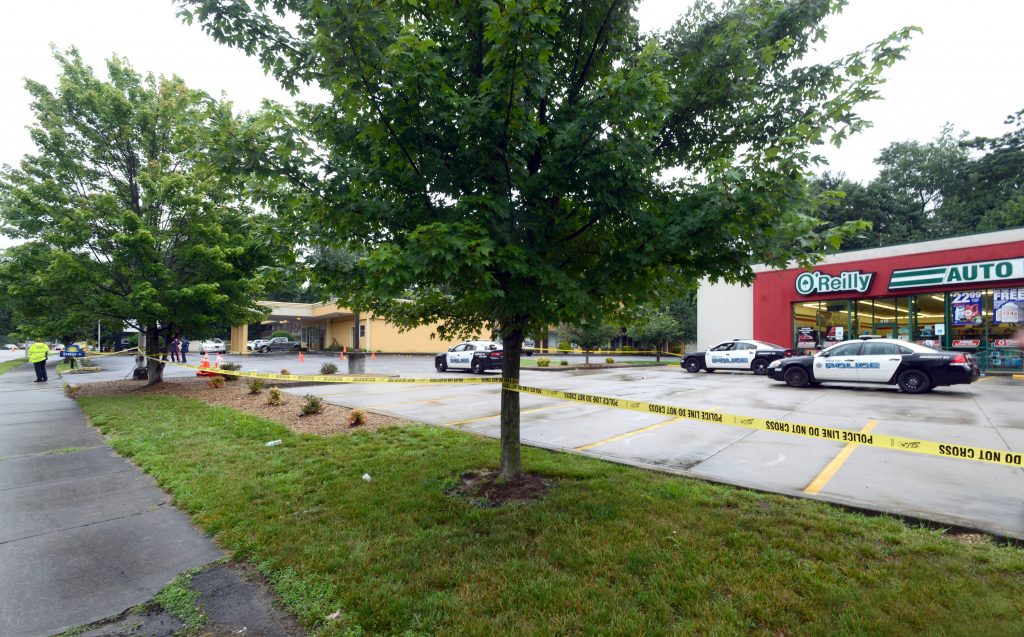 The Tennessee Bureau of Investigation says one person has died, and four others – including a police officer – were injured when a suspect fired shots early Thursday morning at a Days Inn and at several vehicles traveling along Volunteer Parkway, a roadway in Bristol, Tennessee, along the Virginia border.

TBI spokesman Josh DeVine said the suspect was armed with at least two weapons and shot at responding officers, who returned fire, wounding him. The suspect and the four people who were injured were taken to the Bristol Regional Medical Center.

The Bristol Herald Courier reported that the deceased victim is Jennifer Brewer Rooney, 44, a newspaper delivery woman, and that she was shot as she was traveling to pick up her papers Thursday morning.

DeVine said police are working “as aggressively, as quickly, and as carefully as possibly” to gather evidence and determine what happened.